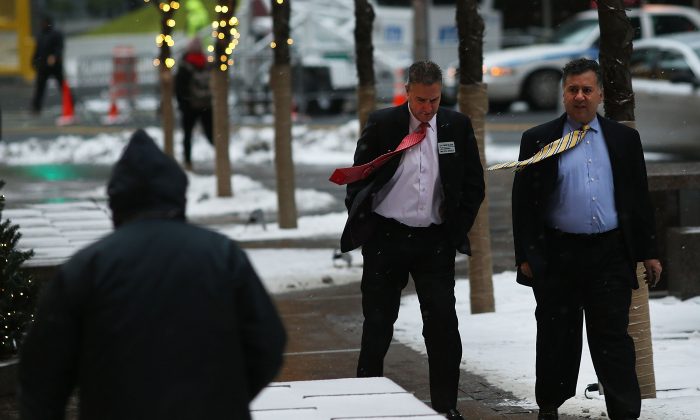 The storm is expected to expand out East late Sunday afternoon with its rain and thunder over New York City with winds up to 21 mph, according to The Weather Channel.

As the storm leaves the East coast, no snow or weather alerts are planned for next week. As for now, the weather is predicted to set a sunny and calm Christmas for most of the nation.