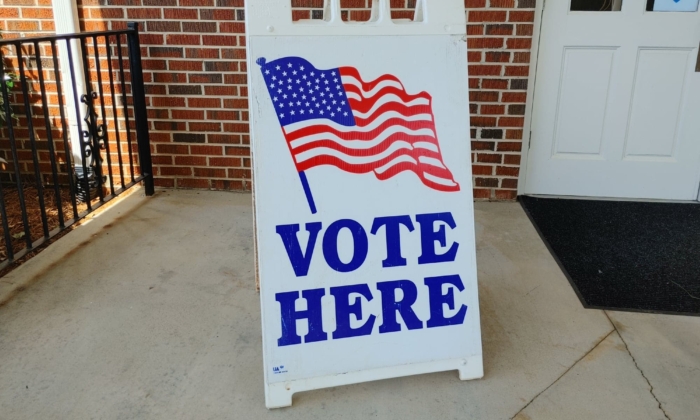 In the general election, West will oppose Rep. Sanford Bishop (D-Ga.), who received 93 percent of the vote in the May 24 primary and has held office since 1993,

In the May 24 Republican primary, Hunt tallied 37 percent of the ballots with West in second place at 30 percent.

Heading into the runoff, Hunt outspent West 6-to-1 and received $300,000 from the American Values First PAC following the May 24 primary. He was endorsed by Rep. Elise Stefanik (R–N.Y.).

West, 38, is “a lifelong South Georgian born and raised in the 2nd Congressional District,” according to his website. He earned a bachelor’s degree and master’s degree at Valdosta State University in Georgia before his law degree. The Thomasville resident called Hunt a carpetbagger.

The 28-year-old Hunt, who is also a Fox News commentator, left Yale Law School and moved to Columbus, Georgia to enter the race. Voting records from the Georgia Secretary of State’s office show that Hunt registered to vote in Muscogee County in February 2022.

At a debate, West quizzed Hunt about the district’s communities.

“I’d just like for you to demonstrate to the audience that you do know this district and tell us which three counties the city of Jakin lies in, the city of Brinson lies in and the city of Mauk?” West asked. “What counties are those?”

Hunt accurately said Jakin is in Early County, but he was incorrect with Brinson and Mauk.

Wayne Johnson, who placed third in the May 24 primary behind Hunt and West, announced late last week that he is suing Fox News and Hunt, alleging racketeering and conspiring to get Hunt elected to the 2nd district seat.

Throughout the primary, Johnson wrote complaints to Fox News Channel CEO Suzanne Scott claiming that Hunt was receiving unfair and unequal airtime and using that coverage to elevate name recognition and generate money for his campaign.

Much of the 2nd district leans Democrat, but Republicans believe the seat can be flipped because of high gas prices, a poor economy, and President Joe Biden’s low approval rating,

The district’s map was redrawn and now includes around 45 percent of Republican-leaning voters.

Bishop was named one of the most vulnerable incumbents by the Democratic Congressional Campaign Committee.