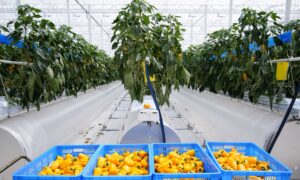 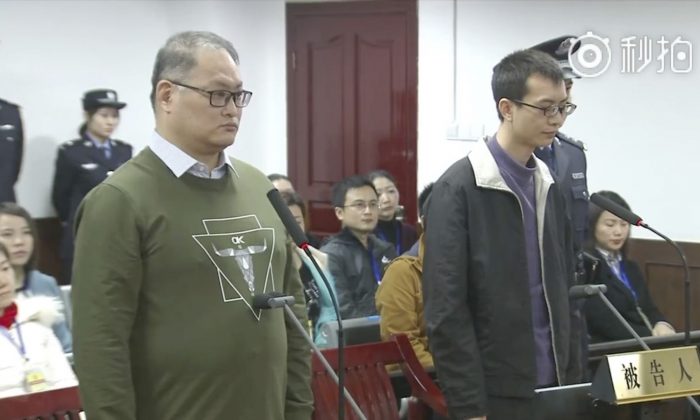 The Chinese regime officially handed down a five-year jail sentence to conclude the show trial of Lee Ming-che, a Taiwanese activist who has been imprisoned in China since March of this year. Among other things, Lee was accused of using WeChat and other messaging apps to spread “subversive” messages, such as those promoting democracy in China.

The 42-year-old Lee disappeared in late March 2017 when he attempted to enter China via Zhuhai, in Guangdong Province, from Macau. The Chinese regime later confirmed that Lee had been detained and charged with “subversion.” A show trial was held in September at the Yueyang Intermediate People’s Court in Hunan in which Lee was declared “guilty.”

On Nov. 28, the same court officially sentenced Lee to five years in prison. Peng Yuhua, a Chinese man whom the authorities say was Lee’s “accomplice” received a seven-year sentence. Beside jail sentences, the court also imposed two years of “deprivation of political rights” on the two as punishment.

Just as in the case during the September trial, the Chinese court publicly released the video of the sentencing as a demonstration of its “openness.” In the video, the visibly shaken Lee and Peng both said they would not appeal their sentences. As is typical with how criminal justice works in China, nowhere in the recorded video did Lee’s court-assigned attorney speak in Lee’s defense nor attempt to reduce the sentence.

Lee’s wife Lee Ching-yu was again allowed to travel to China to attend the court proceedings, and yet, just like the trial in September, she was closely followed by the Chinese police at every step and could not communicate with her husband privately. After returning to Taiwan, Lee Ching-yu released a statement saying that she took pride in Lee’s devotion and sacrifice for the pursuit of democracy in China.

Lee is notable for being the first Taiwanese citizen to become a political prisoner of China, and the case has attracted considerable international attention as human rights groups and activists continue to blast the Chinese regime for its persecution of Lee.

In response to Lee’s sentence, Taiwan’s Mainland Affairs Council said that the outcome is “unacceptable” and demanded his release as soon as possible. At the beginning of Lee’s imprisonment in China, Taiwanese president Tsai Ing-wen’s government reportedly adopted a low-key approach to Lee’s case so as to avoid direct confrontation with the Chinese regime. As public pressure continued to increase, partially due to the relentless campaign Lee’s wife had mounted, Tsai government later promised in July to ramp up efforts to rescue Lee. It is unclear what the Taiwanese government could have done to change the outcome of Lee’s trial, however.

Among the many international groups and individuals that have condemned China’s persecution of Lee, U.S. Congressman Chris Smith (R-NJ), who is also the co-chairman of the Congressional-Executive Commission on China (CECC), released a statement on Wednesday saying that the sentence is “another reminder that the Chinese government will go to great lengths to curtail even private discussions of human rights and democracy.” Smith also calls on China to release Lee immediately, and says that the case should be “a priority for the international community.”

Speech Outside China Can Now Be Prosecuted Inside China

Officially, Lee’s alleged crimes consisted of sending books and materials to friends in China who’re interested in human rights, and for engaging in online chat group discussions with other Chinese human rights advocates through messaging apps such as WeChat, QQ, and even Facebook, which remains officially blocked inside mainland China.

The Chinese court alleged that Lee and Peng had used Facebook and other messaging apps to spread subversive information to a wide audience inside of mainland China, such as articles criticizing the Chinese government and supporting the introduction of Western-style democracy in China.

While WeChat and QQ are predominantly used by Chinese users and are heavily monitored by the Chinese regime, the U.S. tech giant Facebook remains the most popular social media site both in Taiwan and in the United States. That a Chinese court could now sentence a Taiwanese citizen to jail based in part on dissenting speeches made through Facebook raises the fear that American citizens and others could face the same fate when they travel to China.

“It is clear from this decision that anyone in China, including foreigners and foreign visitors, who are critical of the [Chinese] government’s efforts to curtail universally-recognized freedoms may be prosecuted for attempting to undermine the regime,” said Smith.