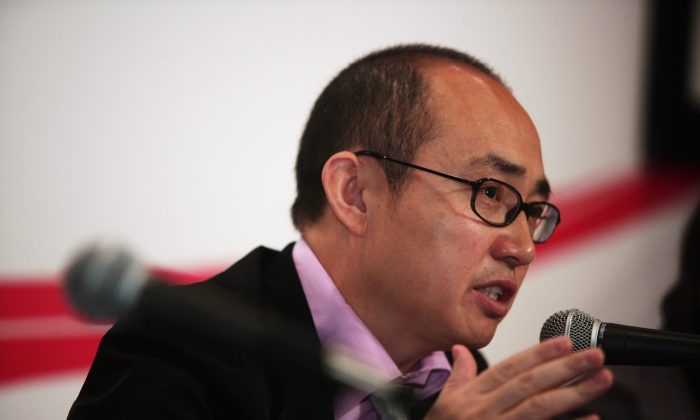 Pan Rui, son of Chinese real estate magnate Pan Shiyi, is allegedly wanted by the Chinese Communist Party (CCP) public security for his speech on Chinese social media website Weibo about the actual deaths of the Chinese military in border clashes with Indian soldiers in June 2020, according to Chinese state media reports.

Pan Shiyi is a businessman and the founder of Soho China. According to the latest data in Forbes, he and his wife Zhang Xin have assets of $3.4 billion as of Mar. 18, 2021.

On Mar. 15, Beijing’s Haidian District Public Security Bureau released a notice on its official Weibo account that a male internet user surnamed Pan, 30, made a comment on Jun. 23, 2020, vilifying the Chinese heroes who died on the Sino-Indian border. The notice said Pan had remained outside China since Feb. 2, 2020, whose Weibo account had been suspended, and police were seeking and urging him to return to China as soon as possible for an investigation.

In June last year, the bloodiest clashes between China and India in the past 45 years broke out in the Galwan River valley.

On Jun. 16, the Indian army said 20 soldiers were killed in violent incidents with the Chinese troops in the Galwan area.

In contrast, the Chinese side remained silent about the deaths of its own soldiers for eight months after the confrontation, which sparked speculation.

On Jun. 23, 2020, Pan Rui replied to a friend’s post on social media, claiming he heard a rumor that “at least one camping site was buried alive.”

It was this statement that led to the warrant for his arrest on a charge of “insulting heroes,” a new Chinese law enacted in April 2018.

The man surnamed Pan is believed to refer to Pan Rui, son of the billionaire Pan Shiyi, according to Shanxi Youth Daily.

A Chongqing law professional also surnamed Pan told Radio Free Asia (RFA) on Mar. 15 that Pan Rui’s online speech was far from slandering the border heroes. He suspected the move was more aimed at those Chinese officials, like Pan Shiyi, who sent their children to study abroad and posed a threat to Beijing.

Public data shows Pan Rui went to study in the UK at the age of 13. Later, he received higher education in Engineering Business Management at Warwick University.

Zhang Pingben, an active internet user, told RFA on Mar. 15 that Pan Rui had awakened from the CCP-indoctrinated Chinese history and heroes based on lies after absorbing liberal ideas in the free West world.

On Dec. 28, 2020, Pan Rui made a post to show his support to China’s citizen journalist Zhang Zhan, who was sentenced to four and half years in jail after she conducted a firsthand probe into the novel coronavirus of unknown cause in Wuhan, the epicenter of the pandemic.

So far, there have been at least seven people who have questioned the number of Chinese troops who died on the Indian border and who have been threatened, detained, or had an arrest warrant posted online, before this notice for Pan Rui was posted, according to the Chinese-language Epoch Times.