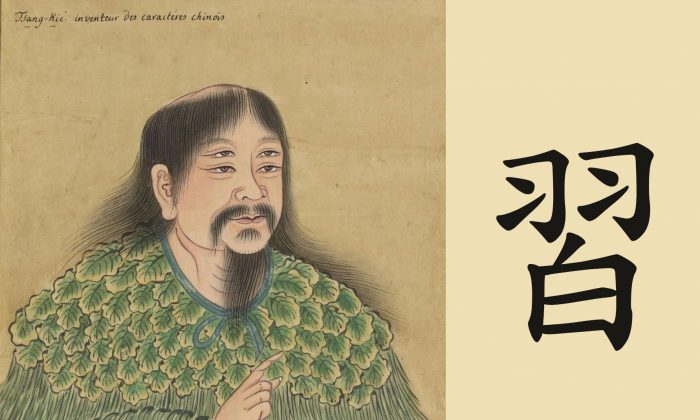 The Chinese character 習 (xi) means learning or practicing. In Oracle bone script, the earliest ancient Chinese writing, it is written like this:

There are two feathers on the top, representing the two wings of a bird flying. Underneath is the sun, referring to the bird practicing flying in the sky.

A baby hawk does not fly well yet, so it needs to keep practicing and strengthening its wings before it becomes a high-flying hawk.

When Cangjie, the inventor of Chinese writing, created this character, he passed on a message to us at the same time: in learning anything, we need to keep practicing until we master it and reach perfection.

Thus, the character 習 brings us a vivid image of a bird flapping its wings, practicing flying under the full sun in the sky.

Chinese leader Xi Jinping bears this Xi as his surname. However, the simplified version of the character, 习 (xi), which is used in mainland China, only has one piece of feather left.

Though Xi and his father were both advocates of traditional Chinese culture, they still could not keep the legacy of their ancestors intact.