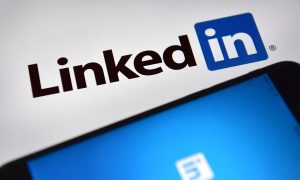 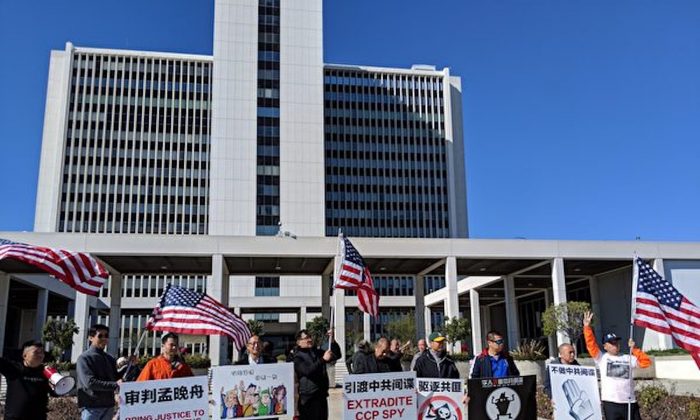 Chinese pro-democracy groups gather outside the FBI building in Los Angeles to call on the U.S. government to bring communist spies to justice. (Xu Xiuhui /The Epoch Times)
US-China Relations

Chinese Americans Call for Exposure and Punishment of Communist Spies

Four pro-democracy Chinese groups submitted a petition letter to the Federal Bureau of Investigation (FBI) in Los Angeles on Feb. 19 to expose the activities of Chinese communist spies in the Los Angeles area and to call on the U.S. government to pay more attention to China’s human rights violations and bring communist spies to justice.

Members from the Local Committee of China Democracy Party, the Los Angeles Chinese Democracy Platform, the Social Democratic Party, and Federation for a Democratic China took part in a demonstration in front of the FBI building, holding up anti-communist banners that read “Expel the Chinese Communist Party,” “Stop Being a Communist Spy” and “Bring Meng Wanzhou to Justice.”

According to the main organizer of the event, Yao Cheng, the demonstration was part of a global “anti-red devil” activity— in addition to Los Angeles, demonstrations were also held in New York, Washington, San Francisco, Las Vegas, and in the Canadian city of Toronto on the same day.

In his speech, Yao said the “red devil” refers to the Chinese communist spies in the West and the leaders of various overseas Chinese associations who openly promote totalitarianism in the United States and have become more aggressive in recent years.

Yao gave several examples in an interview with the Chinese-language Epoch Times.

On Feb. 9, a Tibetan Canadian student, Chemi Lhamo, was elected student president of University of Toronto’s Scarborough Campus (UTSC) in Canada. But her Facebook and Instagram accounts were soon flooded with hateful messages from Chinese international students. They circulated a rumor that Chemi was going to use funds from the student union to support a cause for Tibetan independence, and they petitioned for her to step down.

On Feb. 11, McMaster University in Hamilton, Canada held a seminar to raise awareness of the re-education camps in China’s Xinjiang region where 1 million or more Uyghurs are believed to be detained. Former detainees have told The Epoch Times that Uyghurs are being tortured, raped, and killed in secretive “political re-education” camps. Chinese students attended the event only to cause trouble. Using foul language, they yelled at and verbally attacked the speaker, Rukiye Turdush, a Uyghur activist.

Yao believes that the incidents in New York and Canada are manifestations of the CCP’s infiltration in North America. For the past 70 years, the CCP has used its power to brainwash and persecute the Chinese people. He said that the CCP’s behavior is like a devil plaguing mankind and it is even more disturbing to see how the CCP influences other countries.

“But more importantly, we must stop the CCP’s further infiltration. The American and Canadian governments must find ways to curb the CCP’s aggressive ideological expansion,” Yao said.

Zheng Cunzhu, an attorney from Los Angeles, said that overseas Chinese leaders are hypocritical and pretend to be “patriotic” by uniting the Chinese and promoting Chinese culture, but in reality, they serve as the eyes and ears of the CCP to monitor the Chinese in the West, and use despicable means to threaten and attack pro-democracy groups.

In an interview with the Chinese-language Epoch Times, Zheng shared some incidents involving the CCP’s infiltration in the Chinese community in Los Angeles.

A while ago, a number of pro-democracy activists in the Los Angeles area hired a firearms instructor to teach them about gun safety and laws related to the use of firearms in America. But soon after, the instructor received threats and was pressured to cut his ties with the group. He was even told that his class had been videotaped and photographed. The instructor got scared and agreed not to train pro-democracy activists in the future.

In another incident, a businessman provided a warehouse for pro-democracy activists to have meetings on weekends. In less than two months, the businessman was dismissed from his position inside China and lost his job in the United States.

“All these incidents prove that the CCP’s minions are doing evil deeds in democratic societies. The CCP not only controls China, but also reaches out into overseas Chinese communities,” Zheng said.

Fu Jun, director of the Southern California branch of the Federation for a Democratic China, wished to remind overseas Chinese that they must stay alert, as these “red devils” are causing chaos and stirring up conflict in the Chinese community.

“The ‘red’ campaigns they instigated and organized obviously violate the U.S. laws. We hope the U.S. government will enforce the law strictly, and arrest and expel these bad guys accordingly,” Fu said.

Zheng mentioned the recent story of Chinese billionaire Huang Xiangmo who was accused of attempting to influence Australian politicians on behalf of the CCP. On Feb. 5, the Australian government rejected Huang’s citizenship application and revoked his permanent residency.

“These so-called ‘patriotic’ overseas Chinese leaders enjoy a free environment in the West, but they constantly help the CCP destroy freedom and democracy in Western countries,” he said. “The Australian government is doing the right thing—cancel their permanent residency and send these ‘patriotic’ hypocrites back to China, as they love the Chinese communist regime so much.”