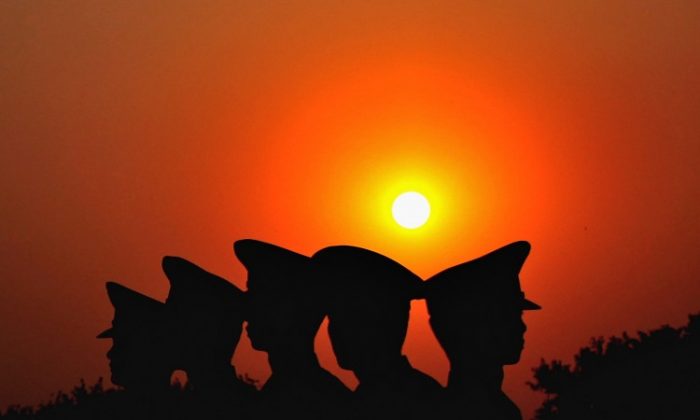 Zhou Yongkang’s power has been further weakened in a recent widespread move by China’s top leaders to end a decade-long practice of allowing police chiefs to hold a secretary post in the Political and Legislative Affairs Committee (PLAC).

The PLAC has been run by Zhou since 2007, and during this time, the organization has seized even greater power over domestic security in China, becoming essentially a gestapo-like organization operating above the law.

Ending the practice of allowing dual posts will weaken Zhou’s grip over the nation’s domestic armed guards. Hong Kong’s Takungpao.com reported on July 3 that dual posts are no longer held in 23 provinces, cities, and municipalities.

The Economist also reported, of the 30 provincial-level committees named so far this year, only 10 include the regional police chief—down from 14 less than five years ago. “This change makes the provincial set-up look more like that in the central party and government, where the minister of public security, Meng Jianzhu, is not on the 24-member Politburo, let alone the standing committee,” states the article.

The model of allowing dual posts started in 2003 as part of an effort to elevate the political standing of the Public Security Bureau (China’s domestic police force). The practice also supported a wider effort to broaden the influence and power of the PLAC, as it allowed the entity to gain greater access to the police force. Together, the two bodies were more apt to be able to flout the law and conduct clandestine activities.

The threat of an all-powerful PLAC to the current leadership was made clear in February when a conspiracy to overthrow it was revealed by (now former) Chongqing Public Security Bureau chief Wang Lijun, during an attempted defection to the U.S. Consulate in Beijing. Wang revealed that Zhou, and (now former Chongqing boss) Bo Xilai, were planning to overthrow Xi Jinping, the man expected to become the next Party leader.

Since then, Party leader Hu Jintao, State Premier Wen Jiabao, and Xi, have taken a series of steps to weaken the PLAC and Zhou’s power, according to a commentator for The Epoch Times, Zhou Xiaohui. Part of a “non-public inquiry” of Zhou includes regaining control over the military and purging people loyal to Zhou within the PLAC, the commentator added.

On June 18, Study Times, a publication of the Party School of the Central Committee of CPC (CCPS), which is controlled by Xi, criticized the PLAC’s handling of China’s stability. The article, titled “Who’s managing the social order?” suggested that historically CCP leadership on the social front has been led by the PLAC. The article suggested that the current management is not representative or consistent with this role.

An official PLAC newspaper, Legal Daily, also published an article June 25, written by the former vice minister of the Ministry of Justice, She Mengxiao. She wrote about the period when the former PLAC chief, Qiao Shi, was in charge, and about Qiao’s achievements in advancing China’s democratic and legal systems.

The article quoted analysts who believe that Qiao and Zhou have totally different ideas on the PLAC. It is understood by many Chinese that this article, published in the PLAC’s own newspaper, is critical of the current PLAC.

Peter Mattis, editor of the Washington-based Jamestown Foundation’s China Brief, also wrote in an article published in The Diplomat on June 29, “the 18th Party Congress this autumn may see Zhou’s position downgraded for his successor (most likely Meng Jianzhu) in a shift that may also prompt additional reshuffling of portfolios in the standing committee.”

Zhou is a member of China’s most powerful body, the Political Bureau Standing Committee, but it is widely rumored he will lose this seat during the 18th Party Congress, and also that the nine-member committee will be pared down to just seven spots.

On the eve of the 18th Party Congress, the CCP has also stepped up purges in the provincial justice systems, therefore weakening the control of Zhou’s PLAC around the judicial systems.

The PLAC has exceeded its authority and has created difficulties for domestic governance, according to the commentator Zhou Xiaohui. If the General Secretary of the CCP (currently Hu Jintao) is going to take back control over the maintenance of social order, Zhou Yongkang’s rank must be reduced to at least the 25-30 member Political Bureau, the second highest level of power in China’s political system, Zhou said.

Zhou Xiaohui believes that recent developments in China show the downfall of Zhou is now a fact, as Hu has undoubtedly taken control of the 18th Party Congress.