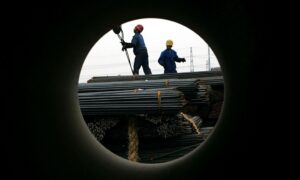 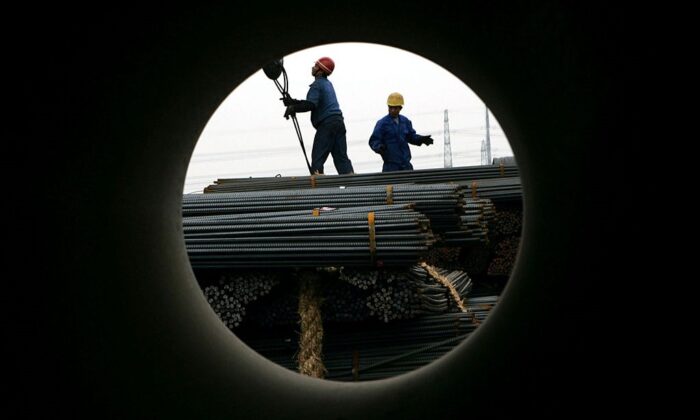 Last month, Australia funnelled more than a third of all its exports to feed China’s insatiable appetite for iron ore.

Recent Australian Bureau of Statistics (ABS) data revealed that June saw a record month in history as exports of the Australian ore to the Chinese communist regime reached an unprecedented $15 billion (US$11 billion).

This was out of $19 billion (US$14 billion) of shipments sent to China, breaking further records as Australian exports surpassed $40 billion (US$30 billion) in June alone.

China even splurged on its second largest acquisition of Australian gold bullion worth $850 million (US$625 million), almost double what it had imported in May.

But iron ore, Australia’s key cash cow, has reaped the benefits of skyrocketing prices which, for the first time, reached US$200 per tonne in May, remaining consistently above that figure throughout the month of June.

This means that in spite of the bank-busting price tag, China consumption of the mineral has continued almost unabatedly since March, feeding Australia’s economic lifeblood amid global turmoil caused by the CCP (Chinese Communist Party) virus.

This is despite Beijing’s trade war that has seen sanctions and bans slapped on a plethora of Australian products—including beef, wine, barley, timber, and coal—which the communist regime admitted last month was to punish Canberra on political grounds.

Demand for the ore has also persisted despite threats from the CCP‘s National Development and Reform Commission in May of plans to diversify its sourcing of the mineral away from Australia to other regions, such as Africa.

Australian Strategic Policy Institute Director of Defence, Strategy and National Security, Michael Shoebridge, previously told The Epoch Times that Australian iron ore had been protected from “Chinese state coercion” because of its overwhelming value to China’s own economy.

China, the world’s biggest steelmaker, utilises iron in the production of steel, which sees applications ranging from the construction industry to military-class submarines.

“The reliability and scale of other producers have not been able to match Australian suppliers, and much of this is unlikely to change fast—sovereign risk in a number of African states remains an enduring problem,” Shoebridge told The Epoch Times in an email.

“Australia’s comparative advantages from the nature of the deposits and the high technology techniques of the mining companies make Australia the highest volume, most globally competitive producer of iron ore. That is an enduring advantage supported by continual investment,” he said.

One state that has benefitted most from China’s hunger for iron ore has been Western Australia (WA), Australia’s primary mining state.

WA has underpinned Australia’s economic recovery through its iron ore production, and in June the state’s exports reached a record of close to $24 billion (US$17.5 billion).

The development of a strong trade partnership between the nations, at least on the iron ore front, has been spearheaded by Western Australia Premier Mark McGowan who recently welcomed the new Chinese Consul-General to the state’s capital, Perth.

“You don’t support the nation unless you have customers, and our biggest customer is China. So I just think that our language should be very nuanced,” McGowan said.