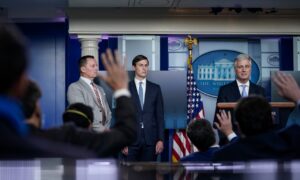 China Has Taken 'Most Active Role' in US Election Interference: National Security Adviser
0 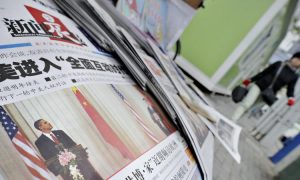 Beijing pours billions of dollars each year to fund its influence operations worldwide, which seeks to silence dissidents, suppress minority groups, and acquire foreign technology, a new report has found.

Chinese diplomats have insisted that united front groups—state-affiliated organizations in charge of spreading Beijing’s agenda at home and abroad—are benign bureaucratic missions facilitating foreign exchange based on “openness, transparency, [and] equality.” These groups are overseen by either the United Front Work Department or Chinese government agencies that are ultimately controlled by the department.

But the scale of such operations’ funding appears to contradict Chinese authorities’ claims.

An analysis of 160 recent state budget reports revealed that the central government spends at least $1.4 billion annually on united front-related work, while yearly spending from 31 Chinese provinces and regions surpasses $1.3 billion, according to a report published by the think tank Jamestown Foundation on Sept. 16.

The sum of the two surpasses the budget for China’s Ministry of Foreign Affairs, which had a budgeted spending of around $2.07 billion in 2019.

The reports do not include the amount for the Central United Front Work Department, whose data is not available but likely to add another $400 million to the total, if not more, the think tank report estimated.

“There is a universal truth known to government bureaucrats in every country: budgets speak louder than words,” analyst Ryan Fedasiuk wrote in the report for Jamestown Foundation.

The influence efforts focus heavily on suppressing ethnic and religious groups; according to the budget reports, the regime spends more than $1.2 billion each year. Next on Beijing’s target list are foreigners and overseas Chinese communities, which the regime dedicates $585 million to.

One of China’s united front agencies, the Foreign and Overseas Chinese Affairs Offices (FOCAO), is responsible for spreading overseas propaganda, preaching “reunification ideas” to residents of Hong Kong, Macau, and Taiwan, attracting foreign talents, and censoring information it deems as related to “foreign interference.” The offices have central and local government branches.

The Chinese regime considers Taiwan, a self-ruled island, as part of its territory. It also maintains a tight grip on Hong Kong and Macau, two former European colonies that reverted to Chinese rule in 1997 and 1999 respectively, despite promising in handover agreements to respect their autonomy.

Some of the FOCAOs’ budget documents also indicate cooperation with the regime’s national security and intelligence departments to “supervise and inspect the implementation of foreign affairs discipline and foreign-related confidentiality systems,” the report noted, citing a 2019 budget document from southeastern Jiangxi Province.

“In light of the facts, I’d ask this question: If there’s really nothing nefarious going on with the united front, why do some provinces feel compelled to classify information about their [united front works] as secret?” Fedasiuk wrote in a Sept. 16 tweet about his findings. “And why does an ‘admin org’ occupy so much of the [Chinese government]’s resources?”

He noticed that regional budgets for united front work were “nearly as much” as their propaganda budgets, which shows “how highly the Party values the united front as a tool for both domestic and foreign influence,” he wrote.

Fedasiuk’s research is one of a series that the Foundation released on Sept. 16 detailing Chinese united front work in Western countries.

In the United States, a major Chinese front group is the China-U.S. Exchange Foundation, one of the most prominent Chinese entities funding lobbying efforts over the past decade, according to one report.

The organization has repeatedly denied its ties with the regime and claims to be independent, despite its chairman being the current vice chairman of the Chinese People’s Political Consultative Conference, a political advisory body to the Chinese Communist Party.

The organization and the Chinese embassy paid $313,200 and $144,000 respectively in the first half of 2020 to a U.S.-based public relations firm BLJ Worldwide—one of seven such firms it contracted—to compensate for services related to promoting China’s public image in the media and influencing China-U.S. policy.

In the Czech Republic, united front groups organized propaganda efforts involving first hoarding and shipping medical equipment to China, then later sending supplies to countries to burnish its image as a world savior. Known as “coronaprop” in Europe, the effort “has demonstrated the effectiveness of united front tactics,” according to Czech-based united front work researcher Filip Jirouš.

In Sweden, where tensions with China have escalated since Beijing’s jailing of Swedish citizen and bookseller Gui Minhai, united front efforts have struggled to pick up steam.

The Belt and Road Institute in Sweden, which promotes the Nordic country joining the regime’s scheme to build infrastructure projects around the world, saw one of its leaders expelled from the local Christian Democrats party after media reports revealed her connections with United Front Work Department officials.