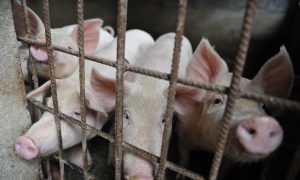 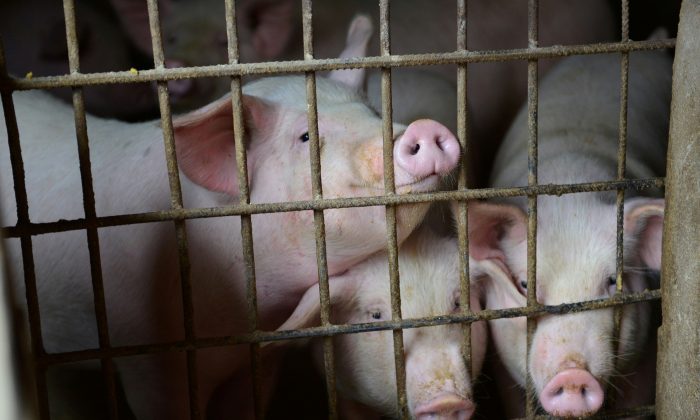 BEIJING—Chinese hog prices marched to their highest in 14 months on March 11 and look set to keep rising after weeks of gains, analysts and producers said, as the worst disease outbreak to hit the country’s vast pig herd in years impacts supply.

China is the world’s largest producer and consumer of pork.

Live hog prices in major consumption and production areas rose 7 percent on average on March 11 compared with March 8 to 15.09 yuan ($2.24) per kilogram, according to data provided by consultancy China-America Commodity Data Analytics. Even though demand is typically weak at this time of year, prices across the country surged almost 20 percent since early March.

The surge comes with a months-long outbreak of African swine fever having spread to 111 confirmed cases in 28 provinces and regions across the country. There is no cure and no vaccine for the disease that is highly contagious and fatal to pigs, though it doesn’t affect humans. About 1 million pigs have been culled so far in an effort to try to control the spread.

“The main reason (for rising prices) is there are fewer pigs,” said Yao Guiling, analyst with China-America Commodity Data Analytics. Some farmers are also reluctant to sell now, she said, anticipating further tightening of supplies and higher profits in coming weeks.

“Pig production capacity has been falling in the past two years, then in the second half of last year, African swine fever outbreaks further affected restocking, pushing up prices,” Yao said.

Some have also abandoned farming, after government measures to tackle the disease pushed prices too low and made trade impossible.

China’s pig herd fell 13 percent in January compared with the same month in 2018, while the number of breeding sows was down 15 percent from the previous year, according to data from the Ministry of Agriculture and Rural Affairs.

But analysts and traders said farms that can keep out the disease could be in line for bumper profits in coming months.

“Our goal is to survive. If we survive, life afterwards will be good,” said a manager at a major pig producer located in one of the regions that has reported an African swine fever outbreak.

He declined to be named as he was not authorized to talk to the media.

The virus has spread to all mainland provinces except the far-northwestern regions of Xinjiang and Tibet. The southern island province of Hainan is also unscathed thus far.

Reports have recently emerged that pig farmers are improperly discarding carcasses due to the higher costs of a proper disposal. Health experts have raised the issue of the carcasses polluting water sources, which could threaten the lives of humans and livestock who drink the water.

Meanwhile, Taiwan, Japan, and South Korea have already detected imported Chinese products with the disease. The African swine fever virus is not known to have harmful effects to humans, but one former Chinese health official told the Chinese-language Epoch Times in a Feb. 20 interview that it could have the potential to affect one’s nervous, cardiovascular, and respiratory systems, given the typical behavior of a virus.