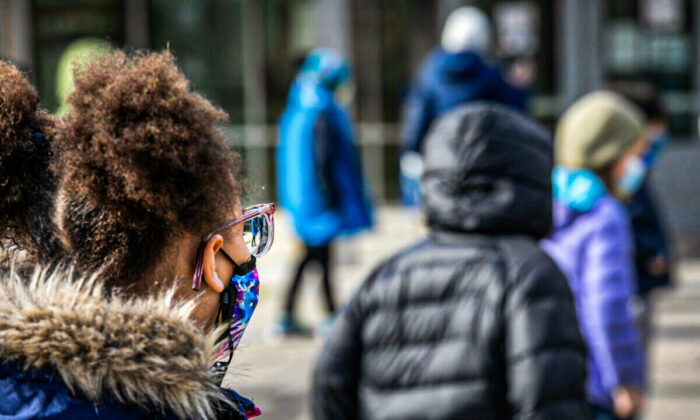 Parents believe that their children are exhibiting worse behavior during remote learning at home than when they attend school in person, a new study has revealed.

Researchers from Harvard University led the study, which involved four online surveys among 405 parents of children in Massachusetts from Jan. 4 to May 23, 2021—a period marked by back-and-forth school closures. Overall, 348 parents reported on 356 children’s behaviors in at least one of the surveys.

Some 57 percent of the children had switched learning formats at least once during the period of the survey, according to the results published on Jan. 10 in JAMA Pediatrics. The children’s behavioral outcomes also appeared to be worse with remote than in-person learning or a hybrid of the two.

That being said, Harvard’s Dr. Emily Hanno, the leading researcher of the study, noted that her team didn’t consider every single “time-varying factor” that might have affected parents’ perception of their children’s behavioral health at a particular given time.

“Therefore, results should not be interpreted to mean that remote learning caused worse behavioral health; rather, the results illustrate that parents perceived their children’s behaviors as having shifted systematically through the COVID-19 pandemic’s educational interruptions,” Hanno wrote.

The study comes as major teachers’ unions in the United States push for at least a temporary return to remote learning, citing safety concerns over the surge in CCP (Chinese Communist Party) virus infections driven by the Omicron variant. In New York City, the 200,000 member-strong United Federation of Teachers (UFT) has called on Mayor Eric Adams to delay the start of in-person instructions.

“We advised the new mayor that it would be safest to allow our school system to go remote temporarily until we could get a handle on the staffing challenges that each school is about to face as we return,” UFT President Michael Mulgrew told union members last week. “However, he feels strongly that schools need to remain open.”

In Chicago, a standoff between the Chicago Teachers Union (CTU) and Mayor Lori Lightfoot resulted in a five-day school cancellation, during which teachers rejected the city’s order that they return to teach in classrooms. The union insisted that the safety and testing protocols at Chicago’s public schools are inadequate, leaving its 25,000 members at risk.

“Parents are outraged, and they are making their outrage known to the teacher’s union. This is a very different dynamic than ever before,” Lightfoot said during an appearance on NBC’s “Meet The Press.” “This walkout by the teacher’s union, which is illegal, has had cascading ripple effects not only on the students in their learning and their social and emotional welfare but also on the families themselves.”