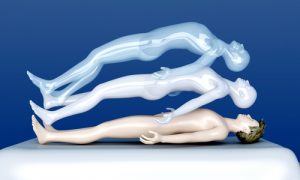 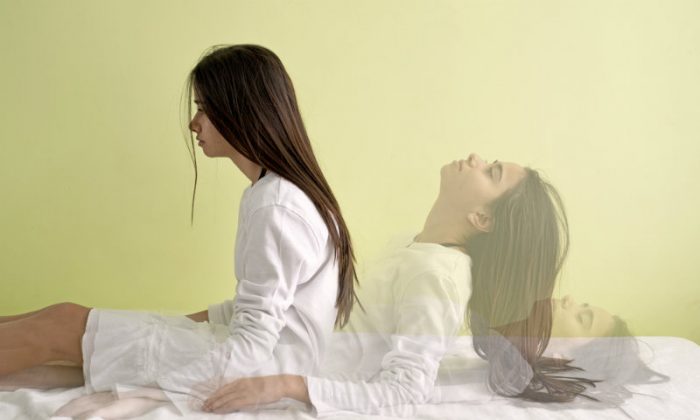 Many children seem to remember their past lives, some in great detail. Here’s a look at two cases that have been investigated and in which the memories seem to correspond to particular people who have died.

“Before I was a baby, I had black hair,” said Luke, the 2-year-old son of insurance analyst Nick and his wife, Erika, in Cincinnati, Ohio. The couple passed this and similar comments off as just being those inexplicable things kids say. But these statements added up—and they led the family down an interesting path of discovery.

Luke’s story was told by the A&E network program “The Ghost Inside My Child.”

The Ghost Inside My Child S01E02 by ghostvid

Erika was putting on earrings one day when Luke told her, “I used to have a pair like that when I was a girl.”

Whenever he had to come up with a girl’s name for a stuffed animal or all those things children name, he would choose Pam. His mother was perplexed, since she didn’t know where he would have heard the name and it seemed like a strange choice. She finally asked him, “Who is Pam?” He replied: “I was. Well, I used to be, and then I died and I went up to heaven and God pushed me back down, and when I woke up I was a baby and you named me Luke.”

Not wanting to put any ideas in the boy’s head, she did not mention Pam anymore. Nick was especially skeptical about any idea of a past life and no such beliefs were fostered in the home, he said.

When Luke was 4, he was watching TV and became upset upon seeing an explosion in a building. Erika turned the program off and told Luke it was OK, no one was hurt. He said, “Yeah, but I died and I don’t like to think about it, it makes me sad.” He said he remembered dying in a fire, that he jumped out of a window to escape the flames. His mother asked if it was like on TV, thinking he may have just gotten the idea from what he was watching. He said it was different; there was no explosion like on TV, it was just a fire.

A Google search of “Pamela Chicago fire” came up with a hit, said Erika, and it gave her the creeps. Pamela Robinson had died in 1993 in a fire at the Paxton Hotel in Chicago—she had jumped out a window while the building burned.

Erika and Nick were shocked. They continued to seek confirmation. Robinson was African American and it hadn’t occurred to Erika that Luke’s possible past life incarnation would be a different race (Luke is Caucasian).

Erika asked her son, “What color was Pamela’s skin?”

“Black,” he replied without hesitation.

The last piece of evidence was yet to come, and after hearing it, Nick described himself as “bewildered.” Erika printed out Robinson’s photograph on a sheet of paper alongside several photographs of other people and asked Luke if he recognized any of the faces.

Pointing to Robinson, he said, “That’s Pam.” He said he remembered the photo being taken, though “it was the other time.”

Girl Remembers Drowning in Past Life After Playing With Brother

At the age of 3, a little girl in Sri Lanka by the name of Thusitha said she lived near the river in another village named Kataragama (she specifically gave the name of the village) and a dumb boy pushed her in the river. She said her father sold flowers near the Kiri Vehera, a Buddhist structure, and that her house was near the main Hindu Temple. From her statements, it was deduced that she was describing herself as a little girl who drowned in her past life.

Researchers inquired among flower vendors near the Kiri Vehera in Kataragama and found a family whose daughter had drowned in the river some years earlier and who also had a dumb son. Altogether Thusitha had made 30 statements about her past life. Of these, 25 fit this family, two were unverifiable, and three did not match.

Some were general statements that could apply to many families, but some were very specific and described very unusual things about this family for that region. For example, she said the family had two houses, one of which had glass in the roof. The family indeed had two houses, one with a skylight. She spoke of dogs being tied up and fed meat. In this region, few dogs are kept as pets, they are usually stray scavengers.This family had neighbors who were hunters and would feed meat to dogs that were tied up.

The girl’s incorrect statements may have involved a melding of various memories. For example, a description of her past-life father did not match, but it did match other men from her past-life family.

*Concept image of when the soul leaves the body via Shutterstock