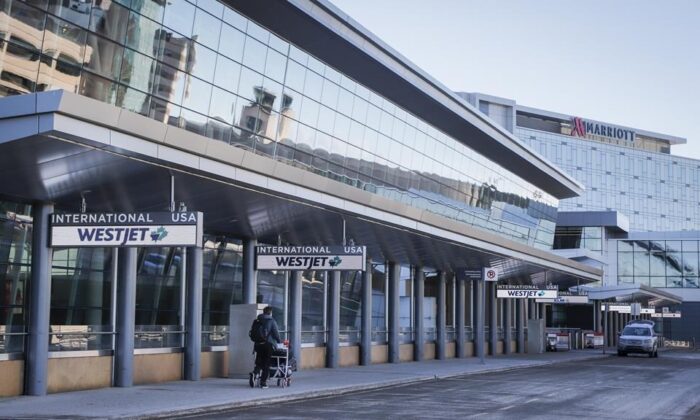 Challengers to the COVID-19 vaccine mandate for travel are pleading for their case to be heard in court after the Attorney-General submitted a motion to dismiss their applications on the grounds of mootness, since the mandate was suspended on June 20.

The response says that “dismissing the matter will set a dangerous precedent for government actors.”

“It will allow them to be at liberty to enact, albeit temporarily, unlawful laws, and at their whim revoke them and argue mootness when challenged.”

Wilson writes the government never had the factual or legal justification to impose a mandate in the first place and only the court can assess the matter, which pertains to the infringement of Charter-guaranteed mobility rights.

The AG’s motion argues the interim orders imposing a vaccine mandate were repealed and no longer exist in law.

“There is no live issue between the parties. An order will have no practical effect,” says the text of the motion.

The AG further argues that “scarce judicial resources” should be used more appropriately.

The Justice Department has assigned at least nine lawyers to the case and presented 16 witnesses and experts in defence of the mandate.

Wilson says the interim order imposing vaccination in transportation expired on June 20 and was not renewed, but nothing would prevent the transport minister to write a new order.

He also highlights the government’s language surrounding the issue which suggests it is only a “suspension” and not a full repeal.

Variations of the word “suspend” appear seven times in Transport Canada’s official June 14 announcement on the mandate roll-back, which also says the government “will not hesitate to make adjustments.”

The AG’s motion to declare the applications moot is expected to be heard by the court in person on Sept. 21. If the action is allowed to continue, hearings will take place from Oct. 31 to Nov. 4.

The Epoch Times has reported many previously undisclosed revelations based on court documents and testimony from government officials on the vaccine mandate.

Jennifer Little, the Transport Canada official who drafted the mandate policy, said during cross-examination in June she couldn’t recall a recommendation from Health Canada to impose the mandate.

Public Health Agency of Canada (PHAC) epidemiologist Dr. Lisa Waddell testified during cross-examination in May that there was little data on in-flight transmission and that her team’s briefing on the topic did not recommend vaccination as a requirement for air travel.

The official who authorized the COVID-19 vaccines in Canada, Dr. Celia Lourenco, testified in June the vaccines are still under trial and were put to market through a rare interim order.

She said that if the vaccines had shown their current level of effectiveness against infection (below 50 percent, with protection plummeting after a few months) during the initial trials, they would never have been approved.

The vaccines remain authorized due to the protection they afford against serious outcomes, she said, though there isn’t a specific threshold being monitored.

Court documents show the Liberal government decided to impose the travel mandate in late July, and subsequently made the public announcement on August 13.

The mandate came into force in late October after the Liberals were re-elected with a minority government in September 2021.

It prevented unvaccinated Canadians from taking a flight, a train, and some marine vessels from within Canada, but allowed for medical and religious exemptions. No compassionate exemptions were granted for people to attend funerals or other events.

The government was seeking to have “one of the strongest vaccination mandates for travellers in the world,” according to court documents.