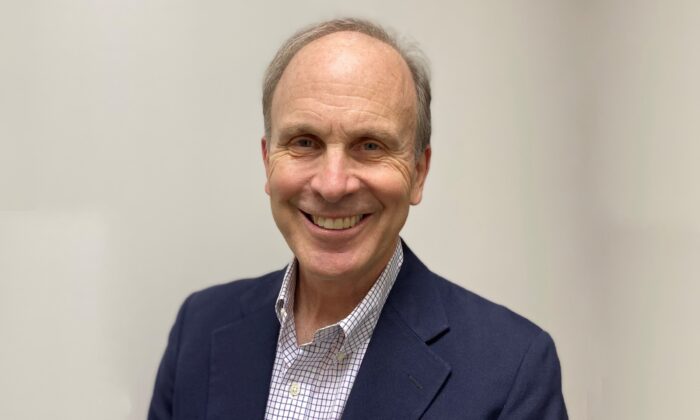 CEO Sees Innovation as a Solution to Plastic Pollution

When Jeff Gold founded Nexus Fuels (now Nexus Circular) in 2018, he was no greenhorn in environmental services—he first entered the field in the ’80s.

“The whole idea here, at least from my perspective, was to do something that would actually have a meaningful impact on the issue of plastic pollution—whether it be ocean plastics or terrestrial plastics or landfill or anything else,” Gold, who is also the CEO of Nexus Circular, told The Epoch Times.

“While plastics serve a fantastic purpose and enable our modern lives, there’s a very big problem, obviously, with plastic pollution.”

For Gold, inspiration struck with an article from a trade journal about a Swiss company that produced oil from old plastic grocery bags.

“I thought, ‘Wow, that’s unbelievable!’ But when I thought about it, it kind of made sense.”

And so he started working on a new project using the equipment that was available to him.

Today, Nexus Circular is on the rise, having recently received a large investment from Cox Enterprises. In just the past year, it grew 177 percent.

So far, it has diverted nearly 3.8 million pounds of plastics from landfills. Its customers include the energy giants Shell and Chevron Phillips Chemical.

Gold said the process he uses to break down plastics is “surprisingly simple.”

“What it involves is taking this plastic, which is nothing more than a whole bunch of hydrocarbon chain polymers, and heating it up in the absence of oxygen,” he said.

“If you have air or oxygen around, all the plastic’s going to do is burn and make a fire, and you don’t want that. If you exclude the oxygen, you can still heat the plastic up really high. The plastic polymer starts coming apart, and it starts breaking up from a long chain into a whole lot of little chains.

“It’s kind of like taking a ribbon and a scissors and just starting to cut that ribbon up with scissors into all these small pieces,” Gold said. “Those are your products that end up as oil.”

Gold noted that 100 percent of the oil his company produces is used to make new plastics. Nexus Circular’s process is, in his words, a “very closed loop.”

“We don’t have a wastewater stream or a smokestack or anything like that,” he said.

The light gases that it produces, such as ethane, methane, and propane, are collected and cycled back to power the heaters on the system’s reactor.

“To even reduce our carbon footprint further, the next version of our plants is going to be electric,” he said.

He thinks Nexus Circular’s core technology, while necessary to its success, is one element among many that have set the firm apart. Attention to business fundamentals such as supply chains has also been key.

“We approach this from a very pragmatic business standpoint,” he said. “You can have the best technology in the world, and say, ‘Hey, I’m going to go out and save the world.’ And that’s great. But unless you are able to make money at it, you’re only going to do that for a short time, and then you’re going to fail—and that’s happened a lot in this space.”

In Gold’s view, Nexus Circular’s focus on energy efficiency, which it has bolstered through careful measurements and observations while operating at a commercial scale, doesn’t just benefit the environment—it also helps the bottom line.

“Other groups that we’ve seen publish data do not have that kind of energy efficiency, and so it makes them less economical to operate,” he said.

One basic move—namely, sorting out cardboard, PVC, and other contaminants before the plastics are converted to oil—makes a huge difference:

Gold is optimistic about the long-term future of the emerging plastics recycling sector, but he emphasizes that the problem of plastic pollution won’t be fixed overnight.

“We’ve got a nascent industry that is coming into being to try to very rapidly address a very, very pressing pollution issue,” he said. “We need time. … But as we learn more, the costs of doing this are going to go down.”

He believes people need to stop seeing plastics as throwaway items and take a little extra time to recycle them responsibly. Otherwise, he says, politicians will attempt to pass laws such as Sen. Jeff Merkley’s (D-Ore.) “Break Free From Plastic Pollution Act,” which would severely curtail plastic production or even place a moratorium on the creation of plastics recycling facilities such as Nexus Circular.

“The demand is so high and the benefits are so great that we cannot have a modern society at this stage of our evolution without plastics,” Gold said. “But—and there’s a big but—we have to learn to handle its afterlife disposal.”

He doesn’t have an environmental war cry, but he does have a few tenets.

“Number one is the thirst and the zeal for curiosity—you have to be curious about the world around you,” he said. “Another one is persistence. When things are hard, you can’t give up.”