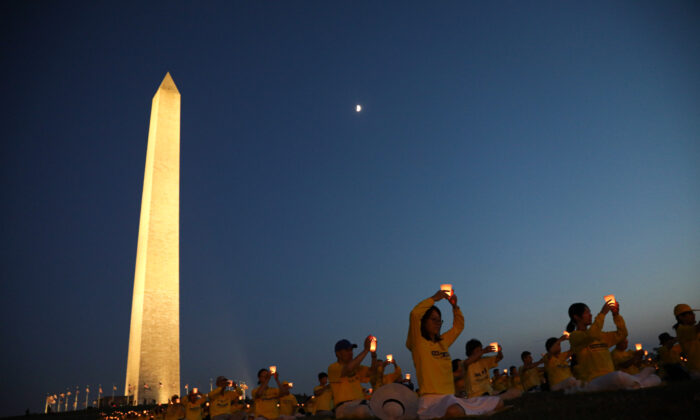 The Chinese Communist Party (CCP) increased its persecution against a spiritual group amid the pandemic to prevent its adherents from exposing to the world the COVID-19 situation within China, according to a report released by Falun Dafa Information Center.

The report explores the latest updates and trends in the persecution against Falun Gong, a spiritual discipline brutally persecuted by China’s communist regime since 1999.

Despite restrictions imposed due to the pandemic, arrest and harassment cases almost doubled in the first semester of 2020 and nearly tripled by 2021—compared to the same period in 2019—as reported by the Falun Dafa Information Center.

The CCP’s purpose, according to the report, was to thwart Falun Gong practitioners’ efforts to get on-the-ground information regarding the health crisis out of China.

Falun Gong adherents run “the largest underground media and information network within China,” states the report, which they developed while seeking to dismantle CCP disinformation spread about the practice in its two-decades-long persecution.

Suppression of a ‘Whistleblower Community’

Falun Gong, also known as Falun Dafa, is a spiritual discipline involving meditative exercises and moral teachings based on three core principles: truthfulness, compassion, and forbearance. The practice gained popularity in China during the 1990s, with estimates putting the number of adherents at 70 million to 100 million.

The communist regime, fearing the number of practitioners posed a threat to its authoritarian control, initiated a sweeping campaign starting in July 1999 and continues today to suppress the practice and its adherents.

Since then, millions have been detained in prisons, labor camps, and other facilities, with hundreds of thousands tortured while incarcerated, according to Falun Dafa Information Center.

Detained adherents also have been victims of forced organ harvesting, which has resulted in an untold number of practitioners being killed for their organs in China.

In response, Falun Gong adherents dedicated themselves to debunking CCP propaganda, forming a network of people who became “very proficient in getting news out of China, in getting news in China,” said Levi Browde, executive director of Falun Dafa Information Center, at the webinar “Pandemic, Persecution and Pushback,” organized by the center on May 9.

The persecution shifted from solely aiming to eradicate a spiritual minority group to “the suppression of a highly effective global whistleblower that is exposing the crimes of the CCP internationally and telling the Chinese people the truth of what they are doing to Falun Gong and the real CCP’s history,” explained Browde.

Since the pandemic started in 2020, reports of harassment and arrests have increased dramatically among Falun Gong practitioners, according to the report, particularly when comparing data from the first two quarters of 2020 and 2021 with the year prior to the COVID health crisis.

Deaths due to abuse and torture amounted to 256 since the beginning of 2020, as stated in the report. However, numbers are likely to be much higher, given the difficulty of getting sensitive information out of China.

The report concludes that the CCP intensified repression against the Falun Gong community as a method to interfere with the “free flow of information surrounding the health crisis.”

Major events that put China in the spotlight, such as the 2022 Winter Olympics, also coincided with escalated repression. For example, Hebei Province, home of venues where the Olympics took place, saw a spike in persecution cases, as stated in the report.

The report further mentions the cases of two notable whistleblowers.

At the onset of the pandemic, while the CCP was undermining the seriousness of the health crisis, Fang Bin—a self-described citizen journalist—circulated video footage of packed hospitals in Wuhan, also showing a pile of eight dead bodies inside a funeral home van near a hospital.

He uploaded the video on YouTube, a website blocked by China’s tightly controlled internet, which went viral.

Days later, Fang was arrested and later disappeared. Almost two years later, he was reportedly held at Jiang’an Detention Center. However, his whereabouts are still uncertain.

According to the Falun Dafa Information Center report, the Chinese regime had previously detained Fang for more than four years, where he was “egregiously tortured for his faith in Falun Gong.”

The CCP also arrested Xu Na, a 53-year-old woman, along with 11 Falun Gong adherents, for providing photos of a Beijing “devastated” by the pandemic.

She was later indicted in April 2021 for providing information about the pandemic in Beijing to the Chinese-language edition of The Epoch Times. Xu was sentenced to eight years in prison in January.

Her husband, Yu Zhou, was tortured to death in 2008 while held at the Beijing City Tongzhou District Detention Center.