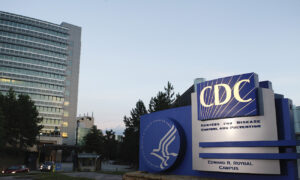 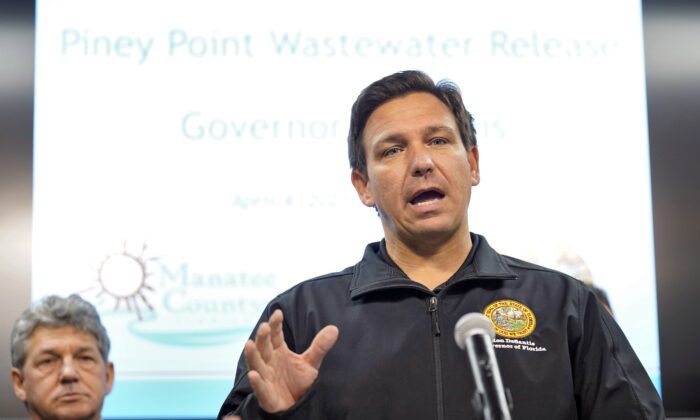 CBS on Tuesday responded to strong criticism of its report on COVID-19 vaccinations in Florida, which included accusing Gov. Ron DeSantis of engaging in a “pay-to-play” scheme with Publix.

Another Democrat, former state Rep. Dave Kerner, the current Palm Beach County mayor, called the reporting “intentionally false” because, he said, he offered to speak with CBS but the network rejected the offer.

In a statement in response, CBS spokesman Kevin Tedesco shared a link with The Epoch Times via email of a local CBS reporter speaking with Kerner a day after “60 Minutes” aired.

He also said that “60 Minutes” asked the governor twice for an interview but that those requests were denied.

He also defended how CBS cut 356 words from a 423-word response DeSantis gave to a network correspondent during a press conference.

“When Florida state data revealed people of color were vaccinated at a much lower rate than their wealthier neighbors, 60 MINUTES reported the facts surrounding the vaccine’s rollout, which is controlled by the governor. We requested and conducted interviews with dozens of sources and authorities involved. We requested an interview with Gov. Ron DeSantis, he declined; We spoke to State Emergency Management Director Jared Moskowitz twice, but he declined to be interviewed on camera for our story until well after our deadline. The idea we ignored their perspective is untrue,” Tedesco said via email.

“Counter to his statement yesterday, we also spoke on the record with Palm Beach County Mayor David Kerner. For over 50 years, the facts reported by 60 MINUTES have often stirred debate and prompted strong reactions. Our story Sunday night speaks for itself.”

The “60 Minutes” story has been updated with one statement, from Publix vehemently denying a connection between the $100,000 it donated to DeSantis’s campaign and its joining in the state’s COVID-19 vaccination efforts.

The story was widely seen as a hit piece on DeSantis, as it also questioned why he prioritized vaccinating the elderly against the CCP (Chinese Communist Party) virus, ignoring CDC guidelines.

The elderly are one of the groups most vulnerable to COVID-19, with about four out of five deaths across the nation among those 65 years of age or older.

“[What’s] lost in this is that we vaccinated now 3.5 million senior citizens. We’re the first state to say we’re doing seniors first. We’re not going to follow the CDC’s recommendation. What we have done has worked,” DeSantis said on Fox News’ “Tucker Carlson Tonight” on Monday.

“They didn’t want to discuss that. Obviously, they selectively edited the background. They tried to act like there was a conspiracy with Publix.”