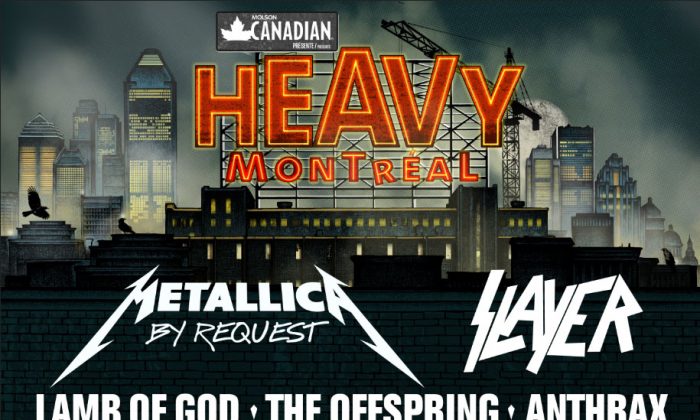 While the South by Southwest Festival (SXSW) takes the spotlight throughout this week in the United States, another festival announced a lineup jam packed with Punk, Metal, Alternative and Hard Rock.

Heavy Montreal in Canada revealed its “Heavy” lineup earlier today at 6 P.M. The festival, which will be held on August 9 and 10 include Metallica, Slayer, Anthrax, Lamb Of God, The Offspring, Bad Religion, Hatebreed, Three Days Grace and many more.

Heavy Montreal is one of the few rock festivals in North America that incorporate bands from a wide array of genres that normally wouldn’t belong on the same lineup. Amnesia Rockfest, another festival held in June in Montebello, QC, Canada, also incorporates such a similar lineup.

Their goal, according to them is to have the rock and metal family to expand by adding a wide variety of bands and “attract festival-goers from around the world.”