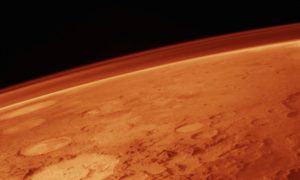 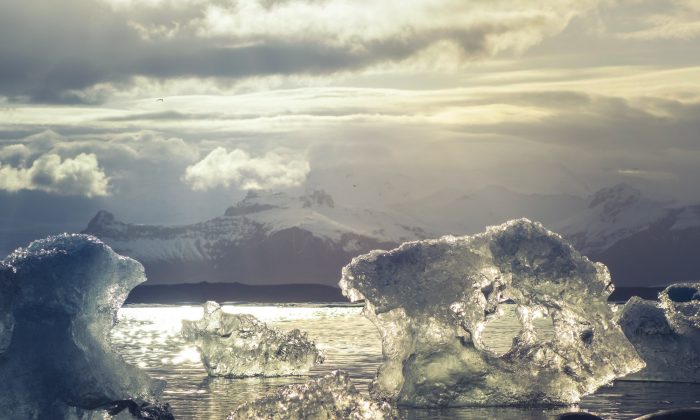 "How natural aerosol particles affect the radiative properties of clouds is poorly understood and is one of the largest uncertainties in the prediction of future climate changes," says Daniel A. Knopf. (Jeremy Ricketts/CC 0)
Environment

Can Ice Clouds Start With Particles From Sea Spray?

Materials in the thin film on the ocean’s surface may affect ice cloud formation and thus climate on a global scale, especially when other known ice-forming particles like mineral dust are scarce or absent.

Sea spray aerosol, containing salt and various organic compounds produced by phytoplankton and other microorganisms in surface ocean waters, comes from the bursting of bubbles formed by breaking waves. Sea spray aerosol is one of the major sources of particles in the atmosphere.

The research groups of Daniel A. Knopf and Josephine Aller, in the Institute for Terrestrial and Planetary Atmospheres in Stony Brook University’s School of Marine and Atmospheric Sciences, are working to unravel the complicated relationship among microorganisms in ocean surface waters, organic compounds in sea spray, and ice cloud formation, which in turn affects precipitation and climate.

“How natural aerosol particles affect the radiative properties of clouds is poorly understood and is one of the largest uncertainties in the prediction of future climate changes,” says Knopf. The work, published in Nature, shows “that the sea surface microlayer contains ice nucleating organic material released by phytoplankton.”

In the paper, the research team looks at the source of marine ice-nucleating particles through the use of field instruments during several oceanic cruises, laboratory ice nucleation measurements, and state-of-the-art synchrotron X-ray single particle analysis, using facilities at the Lawrence Berkeley National Laboratory’s Advanced Light Source.

Knopf, Aller, and their students show that dissolved organic material released by a common ocean phytoplankton species grown in the laboratory could form ice under temperatures and relative humidity typical of the atmosphere. The team further demonstrates that field-collected surface ocean microlayer film material capable of ice nucleation is similar in keys ways to the organic material released by the laboratory culture.

These findings, in combination with ice nucleation experiments using the Arctic microlayer samples, led the team to conclude that biogenic ice nucleating particles present in material released by phytoplankton are a good candidate for the source of activity observed in the sampled microlayers.

Armed with these data, the team developed a global model incorporating sea spray aerosol emissions and ice formation efficiencies measured in the laboratory to unambiguously link phytoplankton with particles that form ice in the atmosphere.

The National Science Foundation and the US Department of Energy support this work.