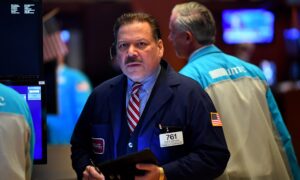 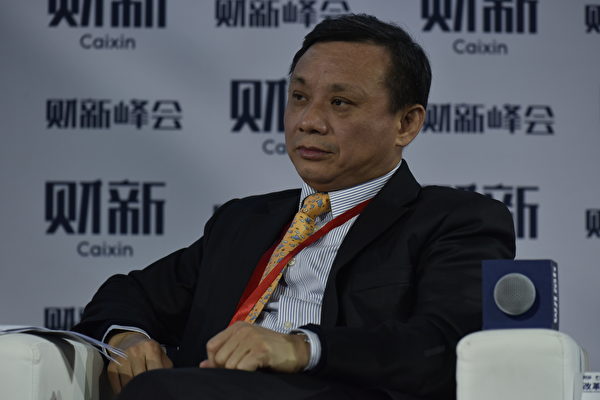 A video capturing a Chinese businessman’s angry tirade has recently made the rounds on the internet. His remarks have revealed the hostile business environment in China, where private businesses have to jump hurdles and interference by local authorities.

In a video uploaded onto China’s Twitter-like microblogging service, Weibo, on Jan. 2, Mao is seen standing amid snow in ski gear—it appears to be his ski resort—and speaking loudly about the mistreatment he has suffered at the hands of a local government administrative committee tasked with developing ski tourism in the area. The committee is currently headed by the Heilongjiang forestry and industry bureau chief Wang Jingxian.

For several minutes, Mao describes how the committee illegally occupied 230,000 square meters of his land and invited other businesses to open an ice rink and hotel on his property; approved a project to build a bridge without his knowledge—which has been taken down and constructed many times and cost 50 million yuan (about $7.6 million); and had local police warn travel agencies not to bring tourists to his resort.

“We get inspected for this thing today, another tomorrow. Public security [police], food inspection, boiler inspection, every day they make trouble for us. They haven’t allowed us to do a single thing,” Mao lamented. He added that he has thrown in two billion yuan (about $307 million) of his own money to invest in the resort since purchasing the resort in 2010, but has yet to make a profit.

Many netizens and Chinese media picked up on his video, with several big business CEOs weighing in with sympathy. Pan Shiyi, chairman of SOHO China, the largest office real-estate developer in Beijing, posted on Weibo: “I hope the Heilongjiang government can investigate this and give corporations a fair business environment.”

On WeChat, a popular instant messaging platform, Wu Yajun, chairman of China Longfor, a real estate developer specializing in high-end residential and business properties, expressed his support for Mao, noting that Mao had mentioned similar misgivings to him before. “Now that the ski market is gaining traction and businesses are improving, a bunch of tigers and wolves are rushing to steal a piece of the pie,” he posted, adding that local authorities even sent police to threaten employees at the Yabuli resort. “He [Mao] wouldn’t appeal to the public if he wasn’t at the ends of his wits.”

The local economy in northeastern China has been struggling. Official figures show that the three provinces in the area—Heilongjiang, Jilin, and Liaoning—have ranked within the last five spots in terms of provincial GDP growth for the past several years. The GDP figure in Liaoning fell between the first half of 2016 and first half of 2017.

Business entrepreneurs like Mao have invested in the region in hopes of making a profit, but instead are subject to consistent obstacles.

The same afternoon Mao’s video was posted online, an investigation team from the Heilongjiang authorities arrived at the ski resort, reported the Economic Observer, a weekly Chinese newspaper. On the last day of 2017, Mao had tried appealing to the provincial Party secretary, but to no avail, according to the newspaper.

An opinion article in the same publication said of the phenomenon: “The more private corporations get bullied, the less people are likely to come here to invest. When the economy is not doing well, the local government doesn’t have money, and escalates the bullying [to get money], until the Northeast economy loses its last bit of energy.”

The Chinese regime’s pressures on private companies is not limited to what Mao described. It has been tightening its grip on the private sector by requesting that they report all foreign investments, investigating top business executives for malfeasance, and instilling Party ideology via company Party organizations.

Top CEOs are also being asked to follow the Party’s policy of alleviating poverty in the country’s impoverished areas. And they have no choice but to comply.

In 2012, when Chinese leader Xi Jinping first came to power, he spoke of his goal of turning the whole of China into a “xiaokang” society by 2020—a society where people lead comfortable lives with their material needs met.

Wealthy entrepreneurs have begun expressing their fervent support for such efforts. Jack Ma, executive chairman of one of China’s largest internet companies, Alibaba, pledged to raise 10 billion (about $1.5 billion) yuan within five years, saying that he felt compelled to such philanthropy after studying materials from the 19th National Congress, an important conclave for Party members that was held last October.

“Alibaba’s studying of the 19th National Congress documents is probably more serious than any company out there. I’d like to ask, what can we do to carry out the spirit of the 19th Congress?” Ma said during his announcement on Dec. 1 last year.

That same day, the regime’s mouthpiece newspaper People’s Daily published an interview with founder of e-retailer JD.com, Liu Qiangdong, who spoke at length about the “19th Congress spirit.” In November, he posted on Weibo that his goal is to increase China’s national average income tenfold within five years, and make all villagers escape poverty.

Xue Fei contributed to this report.