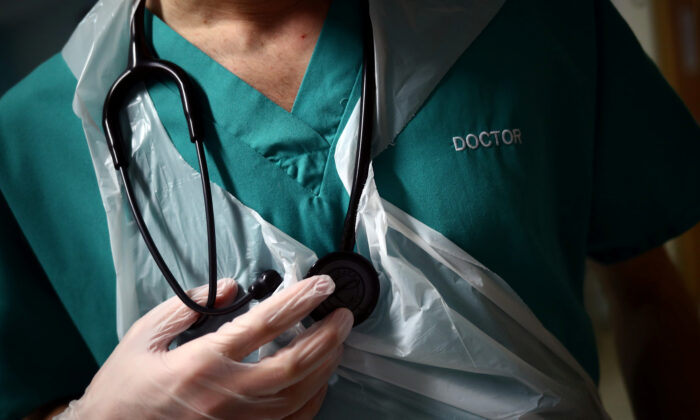 A doctor’s actions amounted to “serious misconduct” as she did not discuss risks to fertility at a consultation before prescribing puberty blockers to an 11-year-old, a medical tribunal has found.

The tribunal inquired into allegations that Dr. Helen Webberley, founder of Gender GP, was accused of failing to provide good clinical care in 2016 to three patients aged 11, 12, and 17.

The Medical Practitioners Tribunal Service (MPTS) runs hearings to make independent decisions about whether doctors are fit to practice medicine in the UK.

On Tuesday, the panel found that Webberley’s “fitness to practice is impaired on wider public interest grounds.”

The tribunal is still to decide whether to impose sanctions on her.

Her husband, Dr. Michael Webberley, was struck off the medical register, the most severe sanction, on May 25.

On Tuesday, an MPTS panel found Dr. Helen Webberley’s fitness to practice was impaired by reason of her misconduct, which included failing to discuss risks to fertility with a patient, and on wider public interest grounds.

The tribunal found Webberley’s actions amounted to serious misconduct in failing to provide adequate follow-up care to two patients, aged 12 and 17, who were prescribed testosterone.

In its findings, the panel said it was satisfied Webberley had since “obtained insight” and would implement changes if she returned to practice.

But it said: “The tribunal has found that Dr. Webberley’s misconduct in this regard did put Patients A and B at unwarranted risk of harm.

“In the tribunal’s view an informed member of the public would be surprised if a finding of impairment on public interest grounds were not made in those circumstances.

“It therefore finds that Dr. Webberley’s fitness to practice is impaired on wider public interest grounds.”

The panel found Webberley failed an 11-year-old, referred to as Patient C, by not discussing risks to fertility at a consultation before prescribing GnRH analogues, or puberty blockers.

Puberty blockers are drugs used to postpone puberty in children. Increasingly, brakes are being put on such physical interventions to treat children diagnosed with gender dysphoria in the UK, Sweden, Finland, and France.

“The tribunal did not consider that Dr. Webberley has developed sufficient understanding as to the significance of how she failed Patient C in regard to discussing fertility, and as to how she can be sure that this will not be repeated,” wrote the panel.

Earlier, this year, the panel found more than 30 allegations brought by the General Medical Council against the doctor were proved.

However, the panel said the doctor was competent to provide treatment to transgender people and found 83 allegations not proved.

Webberley, from Abergavenny in Monmouthshire, Wales, was convicted in 2018 of running an independent medical agency without being registered.

The tribunal found her fitness to practice was also impaired by reason of her conviction.

In evidence to the tribunal, Webberley said: “The impact of having the conviction on myself was huge, it affected many things in my life, from my mortgage to my car insurance.

“I also know that the public were concerned about it because it was heavily reported in the press, but I hope that I have been able to show that at all times I acted with the best interests of my patients at the forefront of my actions,” she said.

The Epoch Times contacted Gender GP and Webberley for comment.