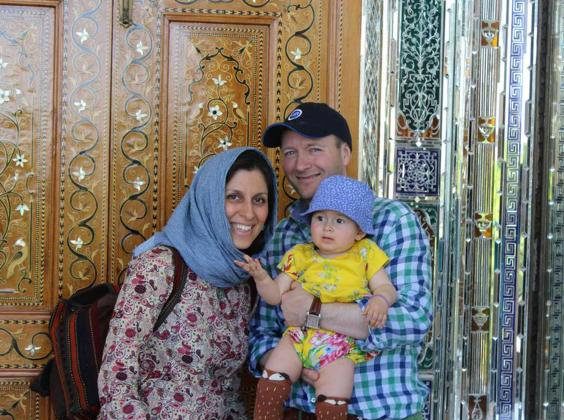 Iranian-British aid worker Nazanin Zaghari-Ratcliffe is seen with her husband Richard Ratcliffe and her daughter Gabriella in an undated photograph handed out by her family. (Ratcliffe Family Handout via REUTERS)
UK

LONDON—Britain is preparing to transfer over £400 million ($527 million) to Iran as it seeks the release of a jailed Iranian-British aid worker, The Telegraph newspaper reported, citing unidentified British sources.

Nazanin Zaghari-Ratcliffe, a project manager with the Thomson Reuters Foundation, was sentenced to five years after being convicted by an Iranian court of plotting to overthrow the clerical establishment. She denies the charges.

Britain has sought legal advice over whether it could transfer the funds which it owes as a result of a disputed arms deal in the 1970s. Diplomats told the newspaper that any payment should not be linked to the fate of Zaghari-Ratcliffe.