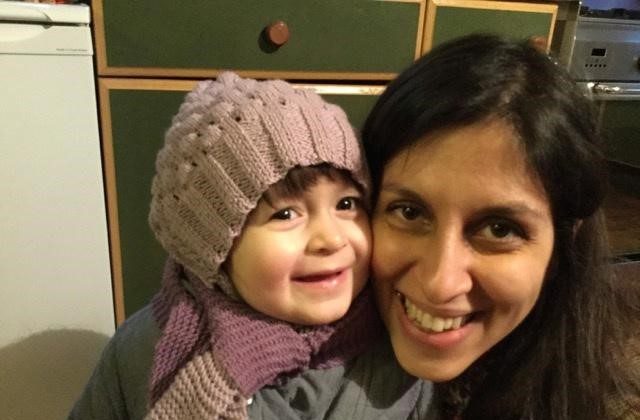 Nazanin Zaghari-Ratcliffe and her daughter Gabriella pose for a photo in London, Britain on Feb. 7, 2016. (Karl Brandt/Courtesy of Free Nazanin campaign/Handout via Reuters)
International

DUBAI—Iran’s Supreme Court has upheld a five-year jail sentence for a British-Iranian charity worker who was convicted on unspecified charges relating to national security, her husband said on Monday.

Nazanin Zaghari-Ratcliffe, a project manager with the Thomson Reuters Foundation, was arrested by the elite Revolutionary Guards in April 2016 at a Tehran airport, as she was about to return to Britain with her two-year-old daughter after a family visit.

Iranian media have said she was convicted of plotting the “soft overthrow” of Iran’s clerical establishment, a charge denied by the Foundation and her family. She was sentenced to five years’ imprisonment in September.

Her husband Richard Ratcliffe said the appeal was her last legal opportunity to challenge the sentence.

“Nazanin discovered this weekend that her final appeal at the Supreme Court has failed, and her 5-year sentence has been upheld,” he said in an emailed statement, describing his wife as angry but not shocked.

“Her lawyer was told over the phone that there was no more that the Court could do for Nazanin’s case, and the legal review was closed. There was no court hearing for this judgment.”

The Iranian judiciary declined to respond to calls seeking comment.

Ratcliffe said his wife had still not been allowed to know the exact charges on which she was convicted. He urged the British government to publicly call for her release.

“Now it is time for the U.K. government to say Nazanin is innocent. She was a mum on holiday, who works for a development charity in London,” he said.

Britain’s foreign ministry said later on Monday it was “deeply concerned” by reports that the appeal had been rejected.

“The prime minister and foreign secretary have both raised Mrs. Zaghari-Ratcliffe’s case with their counterparts in Iran,” a Foreign Office spokesperson said.

Iran Sentences Iranian-American, His Father Each to 10 Years

“We continue to press the Iranians for access and for due process to be followed, and are ready to help get her daughter back safely to the UK if requested.”

The Foreign Office has previously expressed “deep concern” over Zaghari-Ratcliffe’s sentence, but has stopped short of calling for her release.

“She is not a spy but an innocent mother who traveled to Iran only to show her baby to her parents. I stand united with Richard in calling for her immediate release. Nazanin has suffered terribly over her past year,” Villa said.

“We continue to be very concerned for her health and wellbeing, and she is desperately missed by her family and all at the Foundation. I ask for clemency.”

Iran refuses to recognize dual nationals and denies them access to consular assistance. The British ambassador to Iran last year visited Zaghari-Ratcliffe’s daughter Gabriella, who has been placed in the care of her Iranian grandparents.

Last year, the United Nations human rights investigator for Iran called for the immediate release of three Iranians with dual nationality, including Zaghari-Ratcliffe.