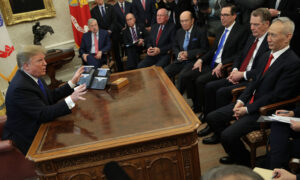 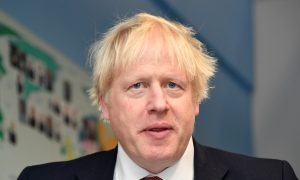 We Can Rip up the EU Rule Book, PM Johnson Tells UK Voters
0 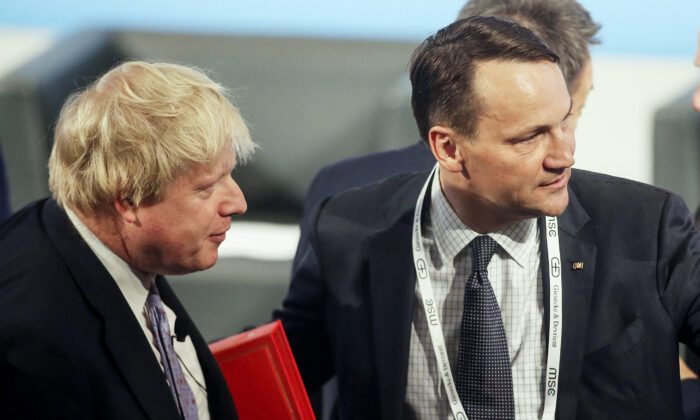 Brexit Is ‘A Powerful Deterrent and a Lesson’ for EU Members

WASHINGTON—Britain’s long and complicated exit from the European Union (EU) has been so negatively viewed by the bloc’s other members that even EU-skeptics have changed their opinion, said Radoslaw Sikorski, a member of the European Parliament.

Sikorski, who chairs the European Parliament’s delegation for relations with the United States, said at an event hosted by The Christian Science Monitor on Dec. 13 that “the English Europhobes” wrongly assumed that the UK’s departure from the EU would trigger a domino effect and cause the union to collapse.

“Actually, the opposite has happened. The EU has never been as popular and has never commanded this widespread loyalty as now as a result of Brexit,” he said. “Because people see the mess and they don’t see that it’s an example to follow.”

Even the populists in countries such as Poland, Italy, and France, he said, have changed their views and backed away from calls to exit the bloc.

“So, actually, Brexit has been a powerful deterrent and a lesson,” he said.

British voters, last week, handed Prime Minister Boris Johnson and his Conservative Party a decisive victory that will allow Johnson to launch the UK’s exit from the bloc.

In a landslide win, the Conservative Party secured 365 seats in the Houses of Parliament, the biggest win for the party since Margaret Thatcher’s 1987 victory. The Conservatives needed 326 seats to win the election.

Sikorski said he wasn’t surprised by the UK’s election result.

“I’m glad that the combination of Marxism and anti-Semitism doesn’t seem to command a majority in Britain, which is a rare piece of good news,” he said, referring to the defeat of the UK’s Labour party and its left-wing leader, Jeremy Corbyn.

The Labour party suffered its worst election result since 1935. After the election, Corbyn announced that he would step down as party leader.

According to Sikorski, it will take at least a decade to determine whether Brexit is a failure or not. He said, however, he hoped another generation would reapply for membership to the union.

It has been more than three years since Britain voted to leave the bloc. According to a study by the National Institute of Economic and Social Research, Brexit could cost the UK economy as much as £70 billion ($90 billion) over the next decade.

A study by Stanford University found that the highly uncertain future created by Brexit was estimated to have gradually reduced investments in the country by about 11 percent over the three years following the June 2016 vote. According to the same study, productivity in the UK dropped between 2 percent and 5 percent during the same period.

After his election victory, Johnson pledged Britain would leave the bloc by Jan. 31, “no ifs, buts, no maybes.”

The divorce from the bloc marks Britain’s biggest economic and political move since World War II. The country still faces a tough road ahead, as it needs to work out a new economic and trade relationship with the EU, its most important trading partner.

In a tweet on Dec. 13, Trump congratulated Johnson on his victory and said the United States and the UK “will now be free to strike a massive new Trade Deal after BREXIT.”