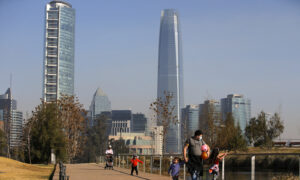 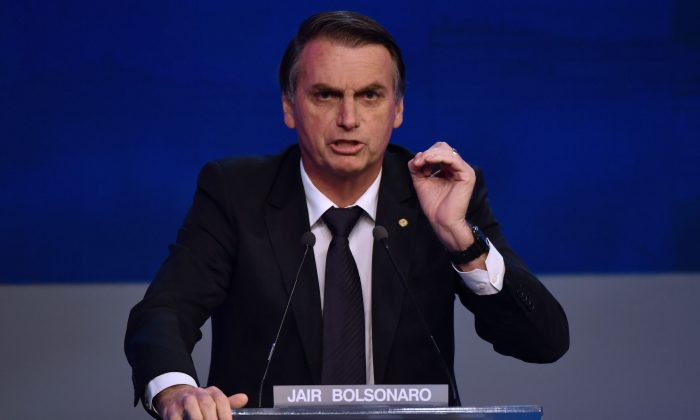 In the interview, Bolsonaro talked about his privatization pledge, promising that he wouldn’t extend privatization to the core business of oil company Petrobras or the power industry.

Starting in the 1930s, Brazil embarked on a program of nationalization that contributed to strong economic growth until the 1980s. In the 1990s, privatization was introduced to pare the government deficit, improve economic efficiency and development, although the policies failed, however,  because the government couldn’t balance the interests of different parties.

Brazil’s 2017 government deficit was equivalent to 7.8 percent of national GDP, and Bolsonaro has been campaigning under the banner of privatization to save the country’s economy.

The conglomerates mentioned by Bolsonaro are two of the biggest Brazilian state-owned enterprises. Petrobras controls 99 percent of Brazil’s oil refining capacity, and cooperates with Chinese firms.

In July 2018, China’s state-owned National Petroleum Corp (CNPC) signed a letter of intent with Petrobras for the Comperj refinery project, an agreement that followed after CNPC and Petrobras signed a contract in 2017 to co-develop Brazil’s offshore Marlim cluster, the biggest discovery of oil in Brazil.

Comperj, a multibillion-dollar petrochemical project that dates back to 2004, was suspended in 2015 amid the so-called Lava Jato, or Car Wash, corruption investigation; Petrobras, which owns the Comperj project, has invested $14 billion in it.

Meanwhile, the Lava Jato case is still underway and has implicated many high-ranking officials, including former lower house Speaker Eduardo Cunha, and former Rio de Janeiro state Governor Sergio Cabral. In April 2017, Brazil’s Federal Court of Accounts announced that it had found evidence of irregular bidding and bribery of 544 million Brazilian reals ($146 million) paid for the construction of Comperj.

The letter of intent didn’t mention how much the CNPC will invest in Comperj, but demonstrates the closeness of cooperation between China and Brazil.

China has been Brazil’s largest trading partner since 2009, due to China’s “rapidly rising demand for raw materials and agricultural produce,” according to the German Friedrich Ebert Stiftung.

In the first half of 2018, China invested $1.54 billion in Brazil, including investments into two hydroelectric power stations, power transmission and transformation service projects, water supply projects, and other enterprises, the Chinese Communist Party-controlled Xinhua reported.

The run-off vote is scheduled for Oct. 28.