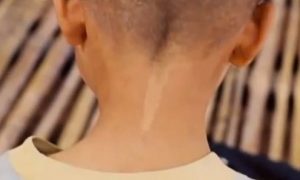 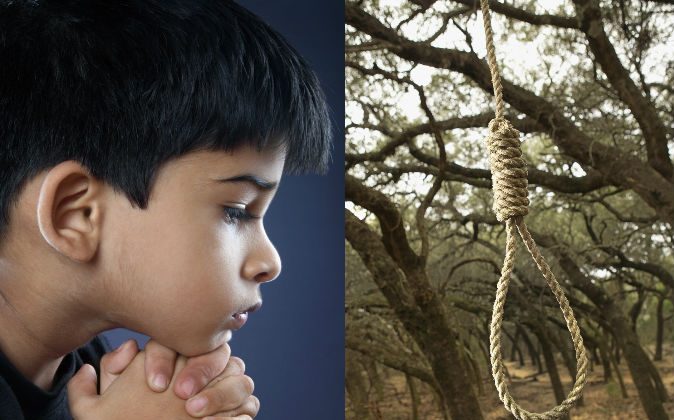 Left: A file photo of a boy thinking. (Shutterstock*) Right: A noose. (Thinkstock)
Beyond Science

Boy Confesses to Murder He Committed in Past Life, Says Deformation Is Punishment

Shortly before he died, a man named Ratran in Sri Lanka told his brother, Tileratne Hami, he would be reborn as his son. When a son was born to Hami 19 years later, that son was slightly deformed.

His right arm was shorter than his left, and the fingers on his right hand were malformed as was the right side of his rib-cage. When he was 2 years old, the boy’s mother heard him talking to himself. He was saying that he was born crippled as punishment for murdering his fiancée.

Shocked, his mother asked him to repeat what he had said, and he again stated that he had killed the woman with a knife and that his current father was his brother.

The mother told Hami what the boy had said, and Hami revealed the family secret to her for the first time. His brother had been executed after he was convicted of the murder.

This case was studied by leading reincarnation researcher Ian Stevenson, and recounted in the book “Children Who Have Lived Before,” by Trutz Hardo. The boy, Wijeratne, was born in 1947 in the village of Uggalkaltota, Sri Lanka. The boy told many people about his past life, though his father forbade it. He gave many details of the circumstances surrounding the murder and also recalled his uncle’s execution in detail.

The boy showed no remorse and said he would do the same again. The fiancée had apparently fallen in love with another man and wanted to back out of the engagement.

Once, when a relative visited the house, the boy recognized a belt the man was wearing as a belt his uncle (his supposed past-life incarnation) had left at his aunt’s house. This fact was confirmed. Marks on his body corresponded to those found on his uncle’s body, as did his dark skin-tone.

*Image of a boy thinking via Shutterstock