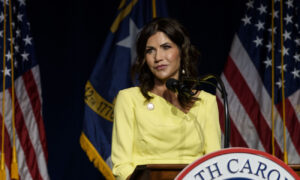 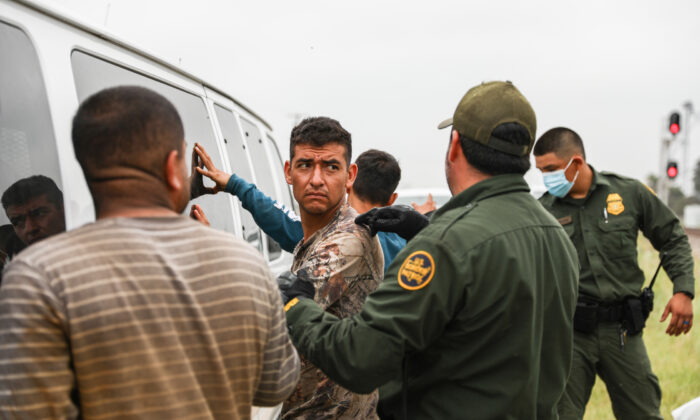 The crisis at the U.S.–Mexico border has deteriorated sharply amid concerns the Biden administration will end a key Trump-era provision that enables speedy expulsion of illegal immigrants, Republican lawmakers told The Epoch Times.

The number of illegal immigrant captures at the border has soared in recent months, since President Joe Biden was sworn in. The United States is spending billions of dollars to deal with the repercussions, including hundreds of millions to shelter unaccompanied minors. More smuggling is happening, counties are running out of jail space, and deaths are rising as the hot summer weather kicks in.

“You’ve got people that that are coming through here illegally, they need to be coming through the ports of entry, not between the ports of entry. We’ve got an administration that is actually inviting them to come. And some, many of them, think that they just touch the soil of the United States, they’re citizens,” added Williams, who oversaw the border while Texas secretary of state between 2004 and 2007.

Biden administration officials have claimed they’re altering the U.S. approach to immigrants to be “more humane.” They’ve said progress has been made since January, including faster processing of illegal immigrant children who arrive at the border without a responsible adult.

Vice President Kamala Harris told reporters in El Paso, Texas in June that American officials must help address what she described as the “root causes” of immigration, including a lack of economic opportunity and violence in their home countries.

“This is why after taking a leadership role on root causes, one of the first trips I took was to Guatemala and Mexico, to see on the ground there what’s happening in terms of concerns about everything from corruption to food insecurity, to the lack of opportunity for indigenous people, women, seeing the challenges that they have faced,” she added.

Republicans counter that the correct response centers around a simple idea—strong border enforcement.

“This philosophy of open borders is going to be the destruction of our great democratic republic that we’re all so proud of and and have enjoyed the liberties and freedoms of  past generations, and to pass it on to future generations we’ve got to have a secure border. If we don’t have that secure border, this country is in very dire straits and in grave danger of destruction,” Rep. Brian Babin (R-Texas) told The Epoch Times.

The worsening situation comes as the Biden administration reportedly considers ending Title 42, a rule that enables quick expulsion of illegal immigrants due to concerns they may be carrying COVID-19.

Ending the rule would mean abolishing “the last great tool that our border authorities have of turning back the caravans, the hordes of people,” Babin said.

Both Williams and Babin want to see construction on the border wall restarted. Biden halted construction after taking office. They also want a revision of policies like one that enables immigrants to enter the country and wait for a court hearing on their asylum claims. Former President Donald Trump was requiring asylum seekers to wait in Mexico for their hearings, but Biden quickly changed that policy.

Democrats not taking action on the border will lead to Republicans flipping the House of Representatives and the Senate, Williams believes.

“This is going to be one of the things that will defeat them in 2022, is the lack of border security, and the lack of doing your job to secure the border, the sovereignty of our country,” Williams said.

Jan Jekielek and Roman Balmakov contributed to this report.