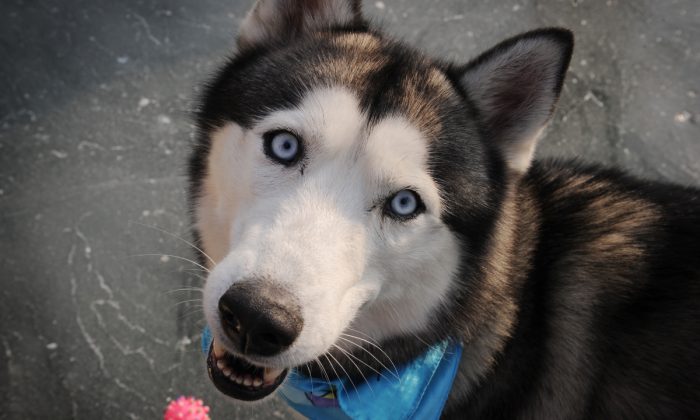 Big Dog in Elevator Surprises Employees, Here’s the Reason It was There

A large husky invited itself into the elevator of an office building, where it laid while employees got on and off the elevator, causing some fright in the process, according to Chinese online news outlet KNews.

The husky had apparently sneaked away from its house due to intense heat in search of a place to cool—and it found an air-conditioned elevator. The report did not mention when the husky went on his cool-air adventure.

The dog was found in China’s southern province of Guangdong. Despite the region’s tropical climate, some locals still opt for pets that may be more suited for colder climates.

The owners in Foshan City said they leave their dog on their balcony, which doesn’t have any cover from the sun. They said this was for work reasons, but the KNews report from Aug. 19 did not go into detail. The police mentioned that they were ready to give it up for adoption.

Security footage from the building and inside the elevator show the husky casually strolling around the office complex near the doors of the elevator. It looks around at the workers with its tongue hanging out of its mouth before stepping inside one of the elevators with a group of people.

“We found a dog in the elevator, it has been walking around, we’re afraid,” an unnamed woman said to KNews, imitating the call to the police dispatch.

The dog first stands inside the elevator, and before long lies down against one of the metal walls. As people exit the elevator, it wags its tail, relaxing in the cool air.

“Maybe it was because the inside of the elevator was very cool, and it was too hot outside,” she said in the video. “Could you send someone over?”

Soon after, the police got the husky on a leash and took it back to the station.

The owners went to the police station to get their dog. “If you came one day later, we would have adopted it out to someone else, lots of people like it,” a female officer said to the owners. “You have to take good care of it.”