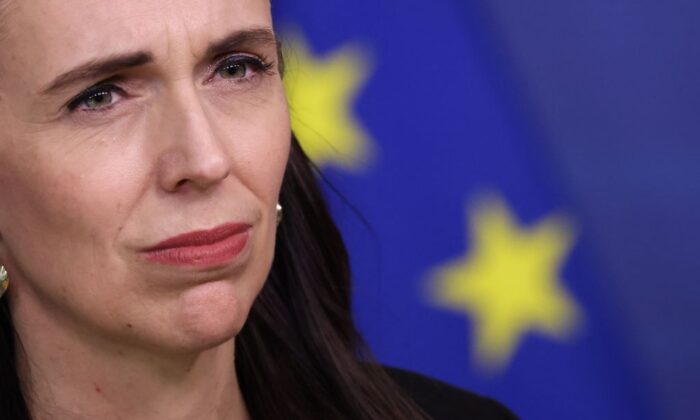 The Chinese Communist Party (CCP) has rejected New Zealand Prime Minister Jacinda Ardern’s speech at the Madrid NATO summit where she said to stand firm on the rules-based order as the Chinese regime was becoming more assertive and willing to challenge international rules.

The spokesman of the Chinese embassy in New Zealand called the comments “misguided” and “regrettable.”

In the statement, he added that such comments were “not helpful” for furthering mutual trust nor for keeping bilateral relations on the “right track.”

As a NATO partner, Ardern was invited to the NATO session where China was formally recognised as a security threat by the military alliance for the first time.

In her speech, she said New Zealand was not at the event to expand military alliances, adding the country has a “fiercely independent” foreign policy.

But the prime minister, while referring to the CCP, highlighted that the alliance and its allies needed to “stand firm” on the world’s rules-based order.

“Here, we must respond to the actions we see. We must stand firm on the rules-based order, call for diplomatic engagement and speak out against human rights abuses at all times when and where we see them,” Ardern said.

Ardern’s comments about China’s human rights abuses were not addressed nor mentioned at all, but the embassy spokesman said the CCP opposed countries that “imposed” its “own will” and definitions of international rules on others, claiming that it “undermined” global peace.

However, in NATO’s newest Strategic Concept, it stated that Beijing employed the use of economic leverage to “create dependencies and enhance its influence,” most notably through the Belt and Road Initiative.

“The PRC (People’s Republic of China) employs a broad range of political, economic, and military tools to increase its global footprint and project power while remaining opaque about its strategy, intentions, and military build-up,” the strategic concept document said.

Ardern also told the NATO summit that ties in the Indo-Pacific should be strengthened through “relationships and economic architecture” rather than militarization.

The embassy spokesman responded by saying that China’s relations with the Pacific nations was for the goal of responding to climate change and improving development.

He claimed that if there indeed was an escalation of tensions in the Pacific, it would not be caused by China.

New Zealand was given a slight warning, with the spokesman stating that the regime would be “willing” to work with New Zealand through “win-win cooperation” by having mutual respect and dropping differences.

China is New Zealand’s largest trading partner and the small island nation usually shies away from using strong language toward the regime due to fear of economic retaliation.