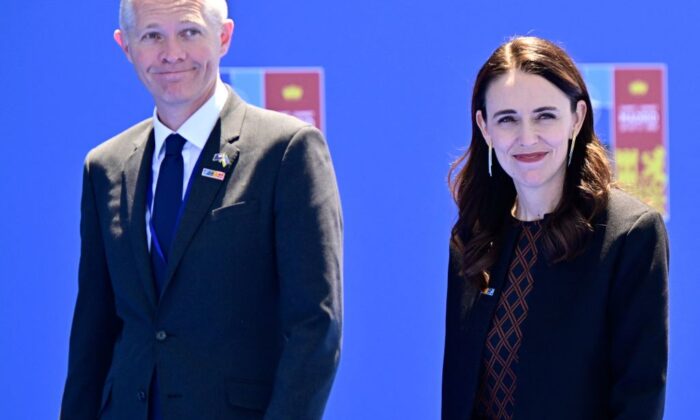 New Zealand Prime Minister Jacinda Ardern has called for nuclear disarmament and criticised China for its human rights abuses in her speech at the NATO summit in Madrid.

“This crossroads that the world finds itself at should be the basis for us to put a halt in the production of weapons that create our mutually assured destruction because the alternative is unfathomable,” she said.

Ardern said New Zealand bore the “scars of decades of nuclear testing” and, because of this, remains “proudly nuclear-free.”

Talks around Russia’s invasion of Ukraine have taken centre stage during the event, where NATO’s first Strategic Concept document in a decade was approved.

New Zealand is not a member state of the NATO military alliance but has been a partner country for a decade.

The prime minister emphasised that while New Zealand had been invited, they were “not here to expand our military alliances.”

“Aotearoa New Zealand has a fiercely held independent foreign policy,” she said. “We are also one of the oldest and most stable liberal democracies.”

She added that the New Zealand government makes its foreign policy intervention calls in response to the undermining of humanity.

“And on that basis, we are unequivocal. The war in Ukraine is wrong,” Ardern said.

Ardern decried the Russian invasion but also urged NATO members against allowing the legacy of the war to become an “arms race” or a more polarised and dangerous world.

“Our solidarity with Ukraine must be matched by an equal commitment to strengthen international institutions, multilateral forums, and disarmament,” she said.

China Recognised as a Threat

In NATO’s Strategic Concept, China was formally branded as a security threat for the first time and criticised for using economic leverage to “create strategic dependencies and enhance its influence.”

“The PRC (People’s Republic of China) employs a broad range of political, economic, and military tools to increase its global footprint and project power while remaining opaque about its strategy, intentions, and military build-up,” the document said.

Ardern followed by calling out China for becoming more “assertive” and willing to challenge international rules and norms.

“Here, we must respond to the actions we see. We must stand firm on the rules-based order, call for diplomatic engagement and speak out against human rights abuses at all times when and where we see them,” she said.

NATO’s view of the Chinese Communist Party’s increasing threat was evident through the invitation of its Asia-Pacific partners, Australia, New Zealand, Japan, and South Korea, to participate in the summit for the first time.