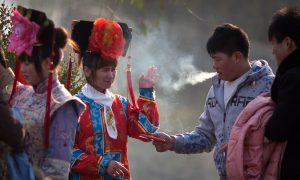 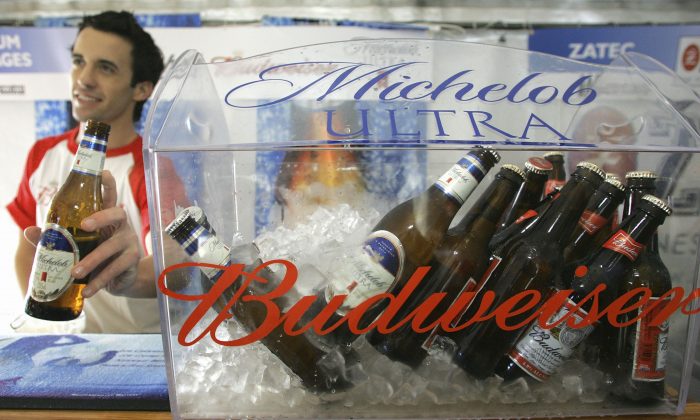 Budweiser Beers on display at the Sydney International Beer Festival at Bungalow 8 on in this file photo from Sydney, Australia. (Sergio Dionisio/Getty Images)
US

According to the U.S. Beer Institute, the authorized industry representative, beer makers are committed to developing public policy that supports both community and personal responsibility. Its website features a series of self-imposed advertising guidelines that observe the boundaries of good taste and keep underage temptation in check.

“Brewers should employ the perspective of the reasonable adult consumer of legal drinking age in advertising and marketing their products, and should be guided by the following basic principles, which have long been reflected in the policies of the brewing industry and continue to underlie this Code,” states the Beer Institute’s Advertising and Marketing Code.

To test the industry’s commitment, researchers at the University of Connecticut (U of C) watched nearly 300 beer ads televised from 1999 to 2008 during NCAA college basketball tournaments. Funded by the National Institutes of Health, and published in the August issue of American Journal of Public Health, the study found that in a decade of televised ads, “code violations of the U.S. Beer Institute guidelines were prevalent.”

Many overt rules were not broken. Advertisers did not disparage competing beers, depict littering, drunk driving, or Santa Claus. However, most violations involved ad content specifically aimed at an adolescent audience, and also portrayed beer drinking as a link to sex and social success.

Anheuser-Busch had the most ads and the highest prevalence of code violations, followed by SABMiller. The ads were shown on national television 1,747 times, with an average of six times per ad.

According to the study’s lead author, Dr. Thomas Babor of the U of C Health Center, previous research has shown that adolescents tend to be very responsive to beer advertising. Babor believes that a big part of the problem is that industry guidelines are written by lawyers, not public health experts, and their main interest is protecting a successful marketing scheme.

“The self-regulation process, whether it’s being deliberately or inadvertently violated, is not working to protect young people,” he said.

The beer industry developed a code of advertising to demonstrate responsible marketing practices in the 1980s, and rules have been revised periodically. Researchers found that the latest revisions (from 2006) dramatically cut the number of violations they could count. One reason is that the previous version prohibited depictions of illegal or violent activity, while the update allows for it, as long as it’s meant to be funny.

“From a public health point of view that really doesn’t satisfy the need to protect young people, particularly adolescent males, from being shown activities that appear to be illegal or ridiculous or typical of what young males do when they’re drinking heavily. If they’re modeling the behavior and it’s humorous, it’s even worse,” said Babor.

Marketing trends show that the beer industry has indeed shifted focus in recent years to a younger crowd. A March 2013 article in Advertising Age finds that brewers now spend much more to cultivate the budding beer interests of Joe College, rather than Joe Six-Pack.

Beer sellers claim that their ads are aimed only at those over 21, but analysts say that younger people still absorb the message.

In a study published in the July 2013 Journal of the American Medical Association (JAMA) Pediatrics, researchers from Dartmouth Medical School tracked tobacco and alcohol product placement in the top 100 U.S. box-office hits from 1996 through 2009. Researchers found that smoking fell dramatically after cigarette product placement fell under greater scrutiny, while beer branding steadily increased in movies marketed to young people.

In light of such studies, some researchers call for a ban on alcohol advertising similar to that on tobacco ads. According to Babor’s team, beer sellers at least need to show some responsibility.

“Unless the alcohol industry insists on the use of a standardized rating procedure by trained panels consisting of public health experts and members of vulnerable groups, it is unlikely that the high prevalence of content violations will be reduced,” stated Babor’s report.