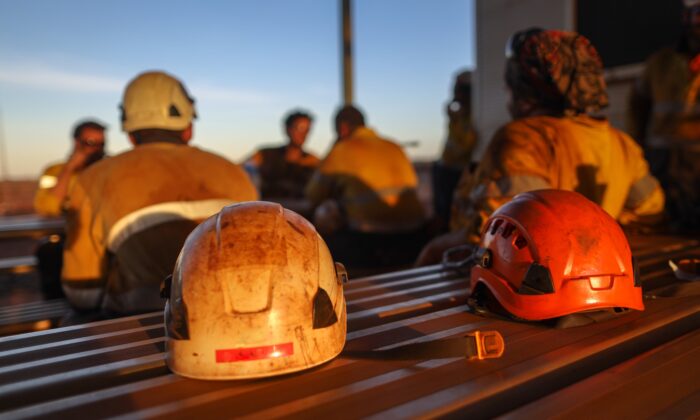 Australia’s Economy at Risk as Nations Shift to Zero Emissions

Analysis by the advisory firm EY estimates that Australia’s export industry—representing over 20 percent of the economy—could be at risk, especially as 85 percent of exported goods are producers of high emissions.

This includes Australia’s economic backbone, mining, along with livestock products which contribute to high methane emissions and wheat production through its generation of nitrous oxide.

The report estimated that 64 percent of the risk on the nation’s export-based GDP would come from international policy changes alone, as around 82 percent of Australia’s goods were destined for countries with net zero emissions targets.

“The direction of travel towards global decarbonisation is clear, and this will impact Australia’s export base, whether we like it or not,” said modelling co-author and EY Oceania chief economist Jo Masters.

This is understood to manifest in several ways, such as exports of coal and oil—making up nearly 15 percent of Australia’s exports by dollar value in 2020—which are expected to diminish if nations adhere to net zero commitments.

Another facet includes carbon tax-based systems, such as the European Union’s Carbon Border Adjustment Mechanism which currently only targets aluminium, cement, electricity, fertiliser, and steel imports but which is set to expand.

EY’s modelling is based on the assumption that Australia’s technology remains the same, which the federal government is seeking to overcome through its technology investment roadmap that will explore new and emerging low-emissions technologies, such as hydrogen.

The modelling also assumes the Network for Greening the Financial System (NGFS) net zero scenario, which requires that the world work in unison to reduce greenhouse gas emissions.

But the climate action of Australia’s biggest trade partner—China—has come under scrutiny, suggesting that not all nations may hold to their stated commitments.

Most recently, sweeping blackouts and an ensuing energy crisis across China has forced the communist regime to re-accept Australian coal—which had previously been unofficially banned as part of a trade spat after Australia called for an inquiry into the origin of the CCP (Chinese Communist Party) virus.

Combined with growing coal demand from India, which has conveyed it will continue utilising coal power to supply the nation’s energy needs, Australia’s export industry could remain unimpeded.

However, Treasurer Josh Frydenberg had previously suggested a lack of emissions reduction efforts could undermine investments flowing into Australia.

“Markets are moving as governments, regulators, central banks, and investors are preparing for a lower emissions future,” Frydenberg said in an address to the Australian Industry Group. “Increasingly, institutional investors are themselves committing to the net zero goal, like BlackRock, Fidelity and Vanguard, three of the biggest fund managers in the world.”

Frydenberg outlined that Australia’s economy had relied on overseas capital to stimulate growth, with current investment stock worth around $4 trillion (US$2.9 trillion).

“Australia has a lot at stake,” Frydenberg said. “We cannot run the risk that markets falsely assume we are not transitioning in line with the rest of the world.”

The EY report also pointed out the benefit brought on by new, emissions-free industries.

“The investment in developing and implementing new technologies, commercializing research and development and maximizing Australia’s advantages in clean and new energy sources could be a significant economic windfall, boosting our GDP,” the report stated.

But Nationals Senator Bridget McKenzie had previously pointed to a misunderstanding in claims that the “green” projects would generate tens of thousands of jobs, particularly in the renewable energy sector.

“The reality is though that once they have been constructed, there isn’t long-term, ongoing careers in those renewable energy generation spaces at the moment,” she told the ABC.