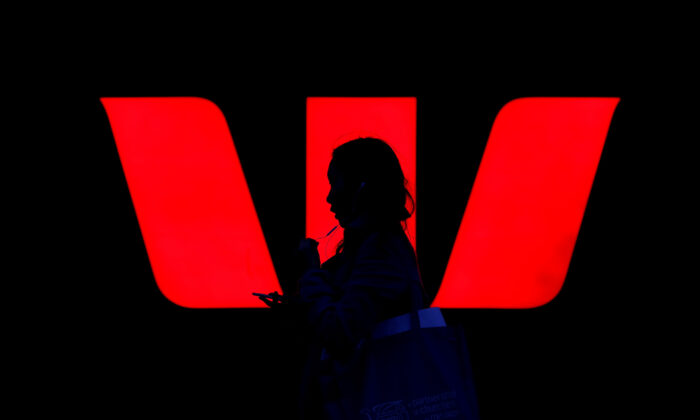 A woman walks past an illuminated logo for Australia's Westpac Bank in Sydney, Australia, on Sept. 6, 2017. (Reuters/Steven Saphore/File Photo)
Australia

SYDNEY—Westpac Banking Corp said it was “shattered” by a money-laundering lawsuit over payments that it unwittingly facilitated among suspected child exploiters and apologized to all affected as it faced a firestorm of shareholder criticism on Thursday.

“We are shattered by what has happened,” Chairman Lindsay Maxsted told about 600 investors at the annual shareholder meeting in Sydney of Australia’s second-biggest bank.

“It’s a total anathema to what we stand for,” added Maxsted, who brought forward his retirement in light of the scandal.

Westpac was sued three weeks ago by Australian regulators who cited 23 million breaches of anti-money laundering laws, in the country’s biggest ever such scandal. Westpac has said it accepts most of the regulator’s assertions, and its chief executive and compliance head have quit.

The bombshell lawsuit, as the country was still digesting a damaging financial misconduct inquiry, has sent Westpac’s shares down 9 percent in the three weeks since it was announced, wiping A$8.6 billion off its market value. The bank could pay a fine of more than A$1 billion ($678.60 million), analysts have said.

The stock was down another 1 percent in morning trade on Thursday, while the broader Australian market was down 0.6 percent.

“All of us are members and owners of a company that, even at the best, you could say accidentally allowed child abuse to go on for five years,” said Chris Schott, a former Australian senator, at the meeting in his capacity as a shareholder.

“How the hell did this go on for five years? It’s inconceivable someone didn’t have the wit to think something was wrong,” added Schott, who told the meeting he voted for the establishment of AUSTRAC during his time in office.

In light of the money laundering matter, Westpac could see investors vote later in the meeting against its proposals on executive pay and the re-election of a long-serving director.

But Australia’s oldest and second-largest bank is unlikely to see its board ousted at the annual shareholders’ meeting as institutional investors are not in favor of such a move, investors and analysts said.

A vote against the pay proposals for top executives would make Westpac the biggest Australian company where such proposals have been rejected for two years in a row.

Under Australian law, if more than a quarter of shareholders vote against a company’s executive pay at back-to-back annual meetings, they may hold another vote at the meeting to remove the whole board. That “board spill” motion requires support from 50 percent.

Fund managers say more than a quarter of shareholders may vote against Westpac’s executive pay because of grassroots outrage over the payments scandal, but institutional investors will use their muscle to prevent a board spill.

“We acknowledge we should have implemented more robust transaction monitoring earlier than we did. This would have generated more suspicious matter reports to AUSTRAC,” Maxsted said earlier in prepared remarks.

He said the company would withhold all or part of its executive bonuses for 2019, subject to an assessment of accountability for the transactions at the heart of the AUSTRAC lawsuit.

Asked at the meeting whether the board would indeed forego fees this year, Maxsted said “we will act in the best interests of the company.”

That drew a barrage of “just go” responses from a number of shareholders, with another later shouting, “You’re asleep at the wheel, mate”.

Maxsted was also asked whether the board could guarantee the bank’s interim dividend would not be reduced.

“I can say when we reset the dividend we felt that in relation to how much more difficult the environment is for banking then the payout ratio was too high,” he said. “We have been trying to preserve that … but the decision was taken because of the impact on profitability.”

Issues on the agenda on Thursday included a vote on the re-election of director Peter Marriott, who had been on the board since 2013 when the payments at the center of the scandal began.

One investor, David Jackson, said Marriott had been on the board too long, and called on him to quit regardless of the outcome. In the event, shareholders voted 58 percent in favor of re-election.

“All of us continue to reel from the devastating events over the past few weeks. These events are unprecedented as are the headwinds facing the financial services sector in the past few years,” Marriott said after the vote.

By Scott Murdoch and Byron Kaye