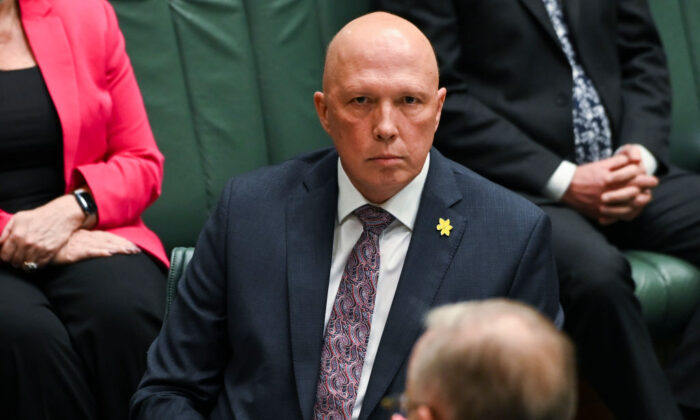 Australia’s opposition leader Peter Dutton has opened the door for the Liberal-National Coalition to put nuclear energy on the table as a policy going forward—a proposal previously panned by Energy Minister Chris Bowen as the “most expensive form of energy.”

An internal process will be run to examine the potential for “advanced and next-generation nuclear technologies” and chaired by Ted O’Brien, the shadow minister for climate change and energy, who will then submit the report to the Coalition policy committee. O’Brien has long advocated for nuclear energy.

“It is high time that Australia had an honest and informed debate on the benefits and costs of nuclear energy,” Dutton said in a statement.

“The current energy crisis has shown the importance of getting more dispatchable power into the grid. The average wholesale electricity price in the second quarter this year was three times higher than the same time a year ago—a situation described by the Australian Energy Market Operator as ‘unprecedented.'”

While Dutton said renewable energy sources had a role in Australia’s energy mix, it needed to be balanced with investment in dispatchable energy generators. He said that based on current trends around 60 percent of Australia’s coal-fired generators would be closed by 2030, which could leave households and businesses vulnerable to blackouts.

“Nuclear energy is a mature, proven technology. It can provide the reliable, emissions-free, base-load electricity Australia needs.  Estimates show that it would cost the world US$1.6 trillion more to meet the Paris targets without nuclear energy.”

The opposition leader also pointed to existing nuclear research already being conducted at Lucas Heights in Sydney as something to build upon, further pointing to the United Kingdom’s plans to increase nuclear generation.

Climate Change Action in the Pipeline

His position comes as the federal Labor government pushes to legislate a hard emissions reduction target into law with the support of the left-wing Australian Greens.

The focus of the Climate Change Bill 2022 is to set a 43 percent emissions reduction target by 2030, up from the previous target under the Morrison government of 26-28 percent.

The implications of the Bill will see the federal government look to overhaul the energy grid so that it is predominantly supported by renewable energy sources, including wind, solar, hydro, and potentially backed up by battery storage and gas. Currently, around 64.67 percent of Australia’s energy grid is powered by coal-fired generation.

However, Energy Minister Bowen has been reticent to throw his support behind coal and nuclear power generation.