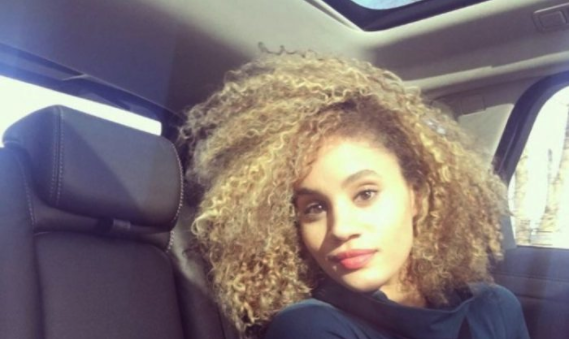 The aunt of a New York model who was murdered in Jamaica two months ago told reporters she received two phone calls on Sunday, from her niece’s phone.

According to the New York Daily News, Peggy Brunner received a phone call while preparing dinner on the night of Sunday, Jan. 28–and it came from the phone of Desiree Gibbon, her slain niece.

When Brunner answered, there was silence on the other end of the line.

“I got goosebumps from my head to my toes,” Brunner told the Daily News, as her hopes spiked for a break in the unsolved case, growing colder by the day.

Six hours later, Brunner received another call from the same number, but she didn’t manage to answer on time. When she called back, she got the same automated “number not in service” message she usually gets when trying the number.

The unexplained calls are a stark reminder of the frustrating standstill of the investigation into Gibbon’s murder.

An aspiring model from New York, she was found dead in Jamaica, according to CBS News.

The mother of the 26-year-old said that she left her Hollis, Queens, home in October and was staying at the family’s resort in Montego Bay. She wanted to make a documentary, CBS noted.

On Sunday, Nov. 26, her body was found 4 miles from the resort on the side of the road. Locals spotted the woman’s body in the bushes and told the police, the New York Daily News reported.

“My belief is it was a cold, calculated, planned out murder,” mom Andrea Cali-Gibbon was quoted by CBS as saying. “It wasn’t a random act of violence. It is somebody she knew, somebody she trusted, and somebody who betrayed her.”

Police officials have yet to establish a motive or release details on a potential suspect involved in the brutal murder of Desiree Gibbon. https://t.co/DtK0neKS2Z

“We were very close, so you can imagine, when I got the news, ‘devastated’ doesn’t begin to describe it,” she added to the Daily News. She called her daughter a world traveler who taught English to children in Brazil at one point.

“She wanted to travel to countries and try things and experience cultures,” the mother said, adding that her father is Jamaican.

The father, who was not named, told the Jamaica Observer: “She had to have been lured from that hotel because she had nothing on her.” He said that everyone liked his daughter, saying she had a good heart.

Seeing photos like this make me so sad. #DesireeGibbon & her dad were so close. All the time I spent chatting with both of them @threegsdeliandgrill makes me feel so much for her father. They were such great friends and partners in business. I am afraid … https://t.co/yuirEF7l8V pic.twitter.com/nn6gXJhHjU

According to the Daily Mail, the police have been especially focused on the missing telephone as a key to breaking open the investigation.

The slain woman’s mother said that police did not take much of an interest in surveillance video that emerged of Gibbon leaving the hotel–the last images of her alive.

“They didn’t think it was going to help solve the crime,” Cali-Gibbon said. “They’re only focused on the phone.”

Her parents set up a GoFundMe page to help with funeral costs.