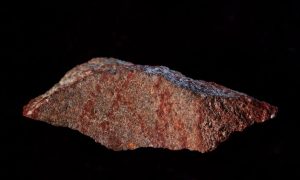 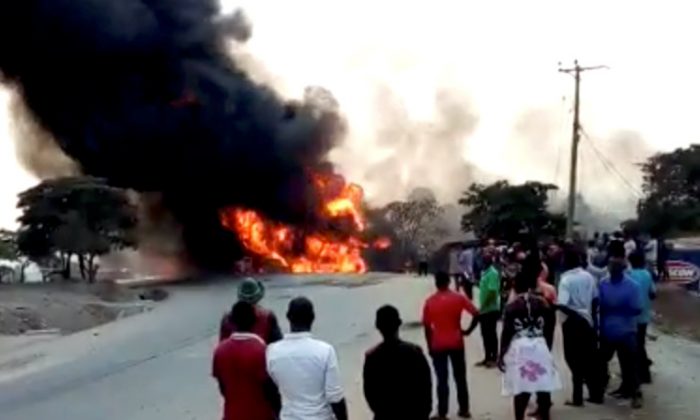 People look towards a fire following a fuel truck collision in Rubirizi, Uganda on Aug. 18, 2019 in this still image taken from social media video. (Nayebare Ediger via Reuters)
Africa

KAMPALA—At least 19 people were killed when a fuel truck exploded after losing control and ramming into three cars in western Uganda on Sunday, Aug. 18, police said in a statement.

Another body was found trapped under the truck, police said.

The accident occurred at a small trading center on a highway between the capital Kampala and Kasese town near the border with Democratic Republic of Congo.

Flames from the blast tore through at least 25 shops nearby.

Footage on social media, posted by JBC News, shows the fuel truck up in flames, igniting nearby shops.

#Uganda:
At least 10 people have been killed & 20 others injured. Morethan 30 shops were burned after a #fuel truck went up in flames after losing control and crashing into three cars in western Uganda, police said in a statement. #lka
pic.twitter.com/zaJ7kiTC9a

At least 85 people died in neighboring Tanzania on Aug. 10 after a fuel tanker exploded in the town of Morogoro, as flames ripped through a crowd that had gathered to siphon petrol from it.

Residents are routinely killed by explosions while stealing fuel from incapacitated tankers in East Africa. Those who steal the fuel usually hope to be able to sell it cheaply to motorists.

At least 64 people have been killed, and dozens more injured, after a fuel tanker crashed and exploded in Tanzania. Many of those killed were trying to siphon fuel when the tanker burst into flames. https://t.co/TWh1KQycs4 @SharnelleVella #7NEWS pic.twitter.com/4KuonfI6tY

In 2013, at least 29 people were killed on the outskirts of the Ugandan capital, Kampala, as scores swarmed around the scene of an accident.

There is limited awareness about the danger of explosions of damaged fuel tankers, said Henry Bantu, a road safety expert who runs the Tanzania-based Safe Speed Foundation. Local leaders need to do more to educate people on the risks, he said.

By Elias Biryabarema and Omar Mohammed