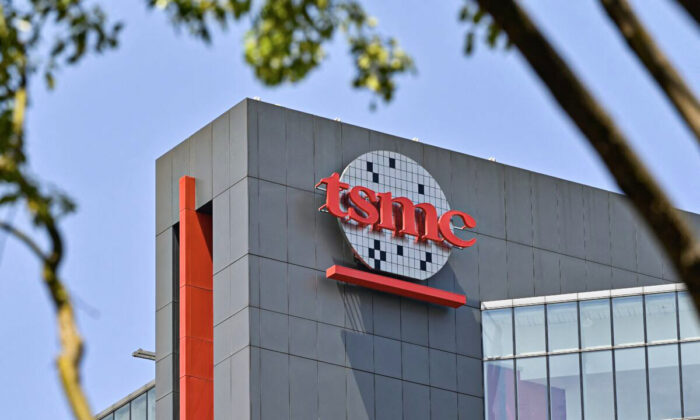 A Taiwanese chipmaking giant is doubling down on a sprawling factory it’s building north of Phoenix, adding to a wave of Asian investment that is boosting employment in the resurgent U.S. manufacturing sector.

Taiwan Semiconductor Manufacturing Company (TSMC), Apple’s exclusive chip supplier, aims to make silicon chips using its advanced 5-nanometer production process at the 1,129-acre site in Arizona. TSMC founder Morris Chang revealed at a news conference on Nov. 21 that the company was working on plans for a second fabrication facility that will crank out even faster 3-nanometer chips.

Scheduled to be operational in 2024, TSMC’s campus is expected to create 1,900 high-tech jobs and support thousands more for suppliers and vendors. Apple is getting ready to source chips for its devices from the Arizona plant, Bloomberg reported this month, lessening its reliance on TSMC’s plants in Taiwan.

The first phase of the massive plant, announced in 2020, will be worth $12 billion, and the potential expansion would add billions more in investment by the world’s most valuable semiconductor company. TSMC’s bet on the Grand Canyon State comes as a combination of government incentives and global supply chain risks—such as the possibility of a Chinese invasion of Taiwan—shift manufacturing jobs to the United States.

Overseas companies play a key role in this trend. Foreign direct investment (FDI) is projected to create more than 129,000 manufacturing jobs in the United States in 2022, a record high, according to the advocacy group Reshoring Initiative. Reshoring—the process of returning the manufacturing of goods from overseas—is on track to create another 219,000-plus jobs, for a combined total of nearly 350,000 new jobs this year.

Rising FDI and reshoring have helped reverse a long-term decline in factory employment. Automation and offshoring slashed manufacturing jobs in the United States from a peak of 19.6 million in June 1979 to just 12.9 million in October 2022. Manufacturing has gained about 1.5 million jobs, however, since its March 2010 nadir. According to Reshoring Initiative, employment at the end of 2021 was about 6 million jobs higher than would have been forecast before the Great Recession.

Most of the manufacturing jobs being created by FDI and reshoring are in high-tech products, where the United States has a trade deficit. Over the past couple of years, a flurry of actual or planned investments in semiconductors and electric vehicle (EV) batteries has driven projected job growth. A push to localize the EV battery supply chain has turned the Midwest and Southeast into a hub of big investments in the sector.

Ford partnered with South Korea’s SK On in the largest of these deals last year, a $5.8 billion EV battery plant in Glendale, Kentucky, which has already started construction. This summer, Japan’s Panasonic revealed that it’s spending $4 billion to build a battery factory in DeSoto, Kansas. And last month, Japan’s Honda and South Korea’s LG said their joint venture is building a $3.5 billion battery plant near Jeffersonville, Ohio.

Vietnamese automaker VinFast, a unit of the country’s biggest conglomerate, Vingroup, is planning a $4 billion EV factory in Chatham County, North Carolina, marking the state’s first car factory and its biggest-ever economic development project. The company has started site work on the massive plant outside Raleigh and Durham, which will assemble electric cars and buses and produce EV batteries.

A Chinese firm is also getting in on the action. Gotion Inc., the U.S. subsidiary of a China-linked battery maker, is investing $2.36 billion to build a battery component manufacturing plant in Big Rapids, Michigan, the state announced in early October. While major Chinese investments in U.S. tech sectors have often triggered federal national security reviews, there is no evidence that the Gotion deal has attracted official scrutiny.

Based on public announcements, these five investments in EV battery production across the Midwest and Southeast are slated to bring more than 21,000 jobs in total. Most of this activity was announced before the August passage of the questionably named Inflation Reduction Act, which provides $369 billion in incentives for renewable energy, including a consumer tax credit for electric vehicles designed to spur domestic battery production.

Reshoring Initiative argues that government efforts are vital in spurring reshoring growth. For example, the CHIPS Act, which was signed into law in August, plows nearly $53 billion into semiconductor manufacturing, research, and development. In an analysis published in July, Reshoring Initiative’s president, Harry Moser, argued that, although the funding had not yet arrived, the proposed bill had already encouraged new investments by the industry.

Moser cited TSMC’s chip plant in Arizona, as well as a planned $17 billion semiconductor factory near Austin, Texas, which South Korea’s Samsung announced in November of last year. Samsung has since begun to explore the possibility of building 11 additional chip plants in Texas that would be worth a combined $191 billion.

The abundance of investment in chipmaking could be too much of a good thing. “In a few years, there will be an oversupply of chips since so many foundries have been announced worldwide,” Reshoring Initiative noted in an August report. “The U.S. is at risk of going from being dependent on China and Taiwan for chips to being dependent on China to buy our overpriced chips to assemble into infotainment systems, medical devices and servers to ship to us.”

According to the organization’s data, South Korea, Vietnam, and Japan are leading the wave of job announcements this year as source countries for FDI and reshoring. For example, South Korea is projected to be the source of more than 35,000 new U.S. manufacturing jobs in 2022, mainly due to a burst of big investments in EV battery production.

Vietnam is expected to create over 22,000 jobs, while Japan will bring more than 14,000 jobs. China, India, and Taiwan also appear on the top 10 list for job creation, along with Canada, Germany, the Netherlands, and France.