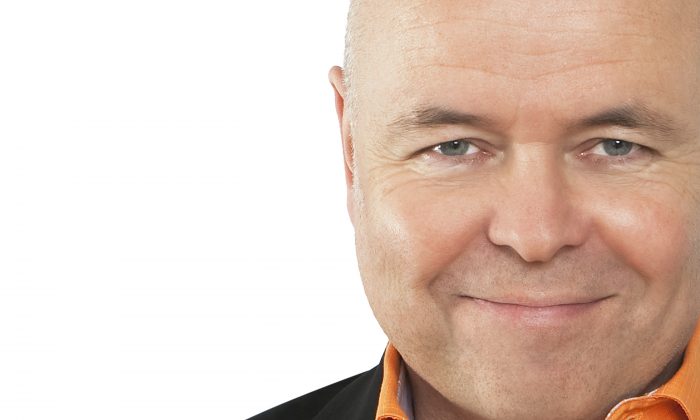 Companies need to distinguish themselves, build marketing from their core
By Rahul Vaidyanath

O’Reilly, marketing and advertising guru and host of the award-winning radio show “Under The Influence,” works with companies in wide-ranging industries from finance to tech, to non-profits. He sums up the most common challenges they face: “Companies have trouble defining their uniqueness.” They struggle with knowing how to differentiate themselves in the marketplace.

When companies understand what business they are in, when they build their marketing from their core, the connection between their product and the customer’s human condition becomes clear.

They have to feel an emotional reaction to your message.
— Terry O'Reilly

“They have to feel an emotional reaction to your message, because if they just process it intellectually, they may understand it, but they won’t act on it,” O’Reilly says. “If they feel it in their gut, chances are really high that they’ll act on it.”

An effective marketing campaign begins with a company understanding and differentiating itself, being on the same page internally, and connecting emotionally with its customers.

O’Reilly is also an in-demand keynote speaker. He’ll be speaking about the power of emotion in marketing at MARCOM, Canada’s premiere educational forum for public and not-for-profit sector marketers and communicators that runs in Ottawa from June 13-15.

O’Reilly says he feels the fundamentals of marketing haven’t changed over the generations, even in this age of social media. The number one rule of being a great marketer is to know your audience. That means knowing their motivations and desires such as providing for their families, wearing clothes that express their personalities, wanting things to work in their houses etc.

“All those things have not changed since the dawn of modern marketing and the start of the 20th century,” he says.

But in today’s world, the interaction between companies and their customers is much richer than it used to be a generation ago. People identify certain values with a company and engage more with them online. This is why “internal marketing” is critical.

“You have to get your company really united in one mission,” O’Reilly says.

The results of not doing this can be disastrous, as O’Reilly discussed in a recent podcast. Frozen pizza maker DiGiorno regularly tweets humour and “snark,” but faced a strong backlash for an inappropriate tweet using a spousal abuse hashtag. In other cases, a company can send out messaging with the wrong tone.

Marketing Needs to Be Authentic, Personalized, Made for Mobile
Marketing in the Rapidly Evolving Digital Age

Thus the company evokes negative emotions in their customers because of a gap in internal marketing—everyone not understanding the core values of the company.

“If everybody has an understanding of what the company is, there’s less and less of those stupid mistakes happening that are really crippling to a company,” O’Reilly says.

O’Reilly explains that the company leadership can’t assume everybody knows the business’s ethics and standards. So a leader must constantly express those values to staff.

It’s about everybody in a company truly understanding its core—what separates it from its competitors. Without getting this right, the rest won’t matter.