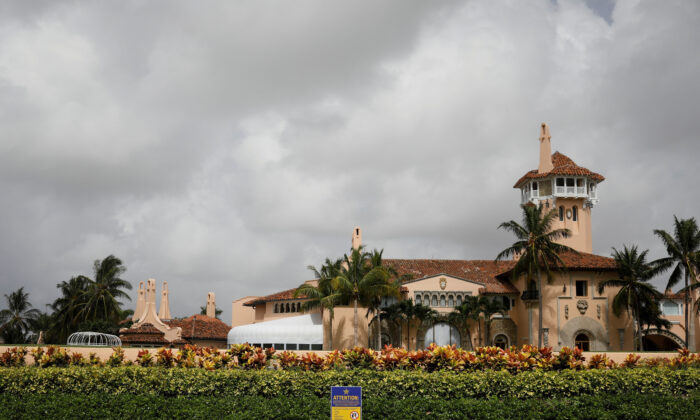 A law professor who has been put forth to a federal court as an option for the possible special master position if the court grants former President Donald Trump’s motion indicated she’d serve if chosen.

U.S. District Judge Aileen Cannon, a Trump appointee, is weighing Trump’s request to appoint a special master, or an independent third party, to review the documents seized by FBI agent’s from Trump’s home in Florida this month.

Heidi Kitrosser was one of four options presented to Cannon by a group called the National Security Counselors.

“I don’t think Judge Cannon should appoint one. But if she does, this IS well w/in my area of expertise. Don’t want to undermine that w/political squawking,” Heidi Kitrosser, a law professor at the University of Minnesota, wrote on Twitter on Aug. 31.

Kel McClanahan, executive director of the group, told the court that the group took no position on whether a special master should be appointed—the government opposes Trump’s request—but that if Cannon decides to grant the motion, then Kitrosser and three other experts are “uniquely qualified” to serve in the position.

Kitrosser, who has not responded to requests for comment, has made dozens of posts on Twitter expressing animus towards Trump and his family. Her profile says that she “Spends way too much time on Twitter.”

Kitrosser said Wednesday that “Recent events have led me to rethink tweeting about politics so much.”

“Politics is not my where my comparative advantage (i.e., expertise) lies & I don’t want it to undermine my ability to be heard in my actual areas of expertise,” she said. “The fact is, I’ve spent years writing about executive privilege AND about the Espionage Act. I happen to be very well situated to speak & write about both from a position of expertise. I don’t want to undermine that by also giving in to the desire to share my every thought about politics as well. So this account may get a little less interesting going forward, though there will still be plenty of dogs (& stuff about which I actually have expertise, plus other areas of academic interest!).”

Kitrosser also said that she’s received “lots of blowback” about being placed on the list offered to the court, after which she said she doesn’t think Cannon should appoint a special master but if the judge does, the matter is within her area of expertise.

McClanahan, who has also criticized Trump in a number of posts, said on Twitter that he also doesn’t think Cannon should appoint a special master, but if she does, “she and the country deserve the best.”

Defending Kitrosser against critics, McClanahan also said: “Anyone who says they have no opinion on this case who knows anything about the field is not being truthful. The best you can get is subject matter experts who agree to keep their personal opinions out of it and fairly apply the law.”

A hearing on Trump’s motion is scheduled for Thursday.