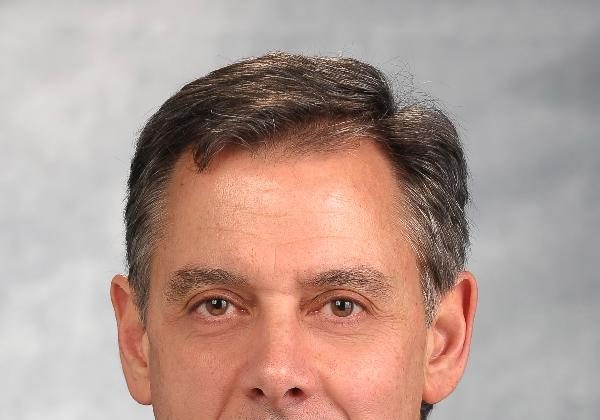 HONG KONG—On March 14, 2002 four Swiss Falun Gong practitioners sat down on the sidewalk outside the People’s Republic of China’s Liaison Office intending to go on a three-day hunger strike protesting the persecution of Falun Gong in China. A dozen Hong Kong practitioners joined to support their protest.

The police were having none of it, and ordered the 16 practitioners to leave. When the practitioners refused, they were arrested and charged with “obstruction of a public place.”

The state’s case was assigned to an aggressive and well-respected prosecutor, Kevin Zervos. Of Greek heritage and Australian nationality, Zervos had joined the Attorney General’s Chambers (now the Department of Justice) in Hong Kong at the age of 39. Initially responsible for the prosecution of white-collar commercial crimes, he would later specialize in human rights cases.

Assigning a misdemeanor case of obstruction to a high-ranking criminal prosecutor like Zervos struck defense attorney John Haynes as unusual. But this was not an ordinary case.

Hong Kong to the Test

The practice spread rapidly by word of mouth to every corner of China. Most people who practiced it reported their health getting better—some experienced extraordinary improvements, and stress in their lives diminished. They said their morality improved and relations with family, friends, and co-workers became more harmonious. By 1999, according to China’s own official statistics, there were between 70 and 100 million practitioners in China.

On July 20, 1999, then-head of the Chinese Communist Party Jiang Zemin, out of jealousy and fear of Falun Gong’s popularity, started a campaign to eradicate the practice.

China’s airwaves were flooded with almost non-stop propaganda demonizing Falun Gong. Reports came from the mainland of mass detentions, brainwashing, torture, and death. Carrying out Jiang Zemin’s war against a group of meditators was said to be the regime’s highest priority.

Hong Kong had been handed over to the PRC just two years earlier, with the guarantee that the Special Administrative Region would be governed according to the doctrine of one-country-two-systems. Hong Kong would keep its independent judiciary and tradition of civil rights.

With the arrest of the 16 practitioners outside the Liaison Office, the promised rule of law in Hong Kong would be put to the test.

When the case came to trial, Zervos showed how seriously he took the prosecution of obstruction of a public place.

Defendants Lu Jie and Zhou Sheng still remember today how very fierce he was with them.

After the initial ruling, the defense lawyer John Haynes told the press that Zervos had behaved unreasonably during cross examination, raising meaningless questions, ruthlessly attacking the credibility of the defendants, and insisting on absolute “yes” or “no” answers from witnesses.

According to a reporter who attended the hearing in court, as soon as the defense lawyer mentioned human rights, and questioned the professionalism of the police, the prosecutor would stand up to object with “Not relevant to this case,” scolding the defense for using the court to report propaganda.

The Closing Submission of the Prosecutor extended to 33 pages, the longest Haynes had ever seen in similar cases.

During the hearing, the judge was unusually impolite to the defense lawyers. Attorney Paul Harris found that he was under personal attack when the magistrate asked him to “argue like a man.” John Haynes considered the accusation of the magistrate “sneaky and unprofessional.”

Feeling the obvious hostility from the magistrate, and believing that the case could not be fairly judged, the defense lawyers requested the magistrate to voluntarily withdraw from the case on the second day of the hearing.

Haynes believed the Hong Kong government had attached real importance to this case, and he considered this prosecution of obstruction to be a political prosecution.

The defendants were found guilty on all charges.

‘You should not change your name’

The practitioners then began appealing the case of Yeung May-Wan & Others vs. Hong Kong Special Administrative Region.

Meanwhile, while the case moved through the judicial system, Kevin Zervos was appointed Senior Council in May 2003 due to his rich experience and outstanding performance. The Chairman of the Law Society’s Criminal Law and Procedure Committee, Stephen Hung Wan-shun, praised Zervos as being “open to different views” and “more active than his predecessors in attending court sessions instead of sitting in his office.”

On Nov. 10, 2004 the High Court of Hong Kong quashed the charges of obstruction in the Yeung May-wan case. On May 5, 2005, the Hong Kong Court of Final Appeal ruled that the arrests by the police in the case of Yeung May-wan were unlawful.

The Hon Chief Justice Andrew Li Kwok-nang ruled that “in Hong Kong everyone enjoys the freedom of peaceful demonstration, it is a constitutional right protected by Article 27 of the Basic Law. It is closely associated with freedom of speech. Such freedoms of course include the freedom to express views which others may find disagreeable or offensive or which may be critical of persons in authority. Those freedoms constitute the core of the social system in Hong Kong and the courts should give them a generous interpretation.”

After the Court of Final Appeal pronounced its verdict, John Haynes told Yeung May-wan: “this name of Yeung May-wan will be very famous. You should not change your name.”

Over the past 10 years, the retired arts teacher from a well-off family, Yeung May-wan, comes every morning from her Ho Man Tin home to Admiralty, close to the Hong Kong Government Offices, to distribute the Epoch Times newspapers, the only newspaper in Hong Kong that speaks out against the persecution of Falun Gong in China.

One day Yeung met Kevin Zervos. Although she does not speak English, she walked up to him and gave him a bookmark printed in English with the words “Falun Dafa is good; truthfulness-compassion-tolerance is good.”

In the new Code, Zervos cites the case of Yeung May-Wan & Others vs. Hong Kong Special Administrative Region in a new section on public order events that states, “Article 27 of the Basic Law guarantees Hong Kong residents ‘freedom of speech, of the press and of publication; freedom of association, of assembly, of procession and of demonstration.’”

The new code also has a new section on “Human Exploitation Cases.” In it the term “organ harvesting” first appears in a Department of Justice public document.

Just as Yeung May-wan’s civil disobedience was a very sensitive issue for the Hong Kong government in 2002, so the term “organ harvesting” is today.

Investigators believe that tens of thousands of Falun Gong practitioners have been subjected to forced, live organ harvesting, killing them, in order to supply the mainland’s transplantation industry. The term “organ harvesting” is regularly censored on the mainland’s Internet; it refers to a crime the Chinese regime dares not acknowledge.

Yet, the term appears in the new article, which reminds prosecutors to apply appropriate sensitivity in handling cases of human trafficking, sex exploitation, forced labor, domestic servitude or organ harvesting and to refer to international standards if the person prosecuted is a victim of human trafficking.

The new code was issued two days before Kevin Zervos’s retirement as prosecutor. He now occupies a seat on the other side of the bench, and is addressed as the Hon. Mr. Justice Zervos of the High Court.

In talking about how best to handle young offenders in the criminal justice system, Zervos told the South China Morning Post there were effective alternatives to incarceration. He said, “It is about dispensing justice and really giving meaning to justice—a correct and right way of dealing with a situation.”

Perhaps in the course of his career Zervos’s view of law has been expanded in the light of some higher principles.