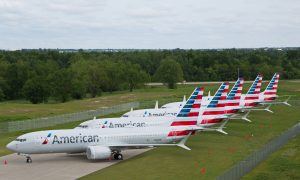 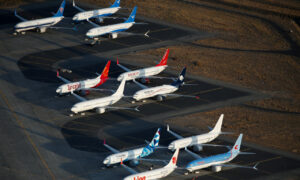 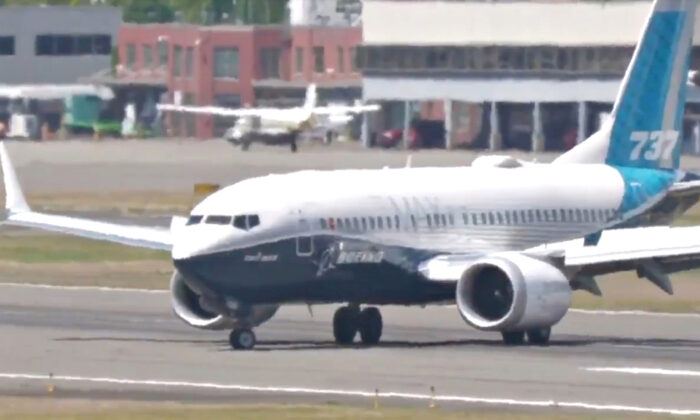 This screenshot from a video shows a Boeing 737-7 Max aircraft lands after completing a flight testing to be re-certified, at north side of Boeing Field in Seattle, Wash., on June 29, 2020. ( The Museum Of Flight/ Reuters)
Companies

DUBLIN—Aircraft lessor Avolon on Tuesday announced the cancellation of an additional 27 Boeing 737 MAX planes, after cancelling 75 of the jets in April.

It also canceled one Airbus A330neo widebody jet, the fifth it has canceled since the start of the COVID-19 crisis, and deferred the delivery of three A320neo aircraft until 2022.

The Dublin-based lessor said it has reduced its near-term commitments by over 140 aircraft since the start of the year as it grapples with the fallout of the COVID-19 pandemic.

The 737 MAX has been grounded since March 2019 after two fatal crashes in five months. However, Boeing and the U.S. Federal Aviation Administration last week completed certification test flights, a key milestone toward the plane’s return to service.

Avolon, which had been due to purchase nine of the 27 MAX jets via sale-and-leaseback deals with airlines, still has 37 MAX jets on order.

While such cancellations can help clear production slots to deal with a large backlog of MAX deliveries, they also underscore uncertainty over underlying demand for the MAX, analysts have said.

The cancellation of five A330neo from one of the plane’s launch customers is also embarrassing for Airbus.

Avolon, in a financial update at the end of the second quarter, said it still has in excess of $5 billion (€890 million) in liquidity. It said it had reduced by one-third its capital commitments to the end of 2021 and since the start of the year had cut by more than half its 2020-23 capital commitments.

“These actions provide us with the capital strength to manage through this market backdrop and to support our customers through the recovery,” Chief Executive Dómhnal Slattery said in a statement.

“The months ahead will be difficult, but we have the experience and balance sheet to manage through these headwinds,” he added.