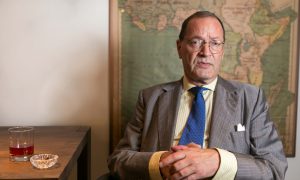 The Chinese government recently announced it would cut all greenhouse gasses by 2060, yet at the same time has been working to gain control over an emerging oil market which could give it deeper influence over global energy. According to Agostino Von Hassell, head of Repton Matrix Intelligence Network, China has been leveraging corruption and underhanded deals to gain deeper influence in Latin America, and part of this has been a push to control a new oil market through Guyana.

In this episode of Crossroads we’ll be speaking with Agostino about his research, China’s activities in Guyana and the Caribbean, and the broader picture of geopolitics and conquering through other means.