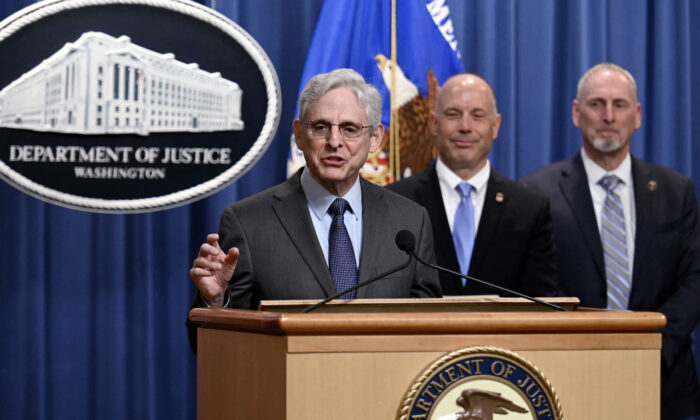 “Without question, I think the order to allow the raid on Mar-a-Lago on Trump’s house has to be revealed. I think we have to know under what pretense they think this is right? I think it’s going to have to wait until November till there’s a full investigation,” Paul told Fox News on Aug. 10.

While he’s never been fond of “overusing impeachment,” Paul said that “I think there has to be an investigation.”

The party of the president tends to lose seats in midterms, while some analysts say that Republicans are poised to take back at least the House after the November elections. Democrats currently hold slim leads over Republicans in both the Senate and House.

“Now, this is really something that’s going to require an investigation,” Paul said. “And I wouldn’t be surprised if the investigation leads to abuse of power that this could even lead to an impeachment of the attorney general.”

On Monday, the former president confirmed his Mar-a-Lago residence in Palm Beach was targeted in an FBI raid. Neither the Department of Justice nor the FBI has offered public comments about the matter.

The FBI declined to comment when contacted by The Epoch Times. The Department of Justice hasn’t returned a request for comment.

The FBI search warrant was approved by U.S. Magistrate Judge Bruce Reinhart, court documents indicate. Reinhart is a magistrate judge in the U.S. District Court for the Southern District of Florida.

Top Republicans have condemned the raid, saying it suggests the Biden administration has weaponized the FBI and Justice Department to target political opponents ahead of the midterms.