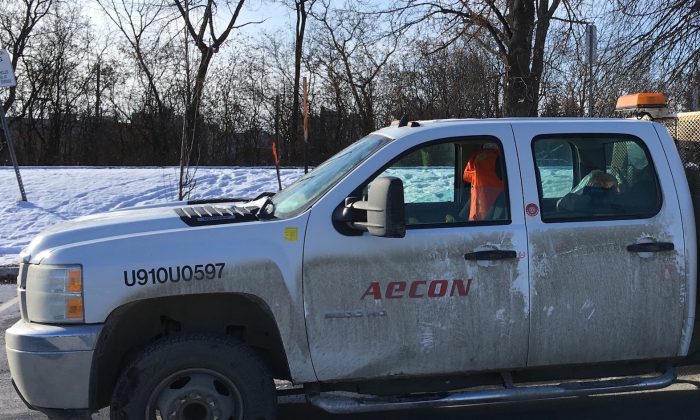 Aecon put up another strong second quarter and built up its project backlog to $6.8 billion. (Rahul Vaidyanath/The Epoch Times)
Companies

Aecon Gets It Right Where SNC-Lavalin Didn’t

Plenty of infrastructure work to do in Canada
By Rahul Vaidyanath

Aecon does not rue missing out on international opportunities it might have had if taken over by a Chinese state-owned construction firm last summer. The Toronto-headquartered infrastructure giant’s management is excelling with a particular focus on Canada and succeeding where SNC-Lavalin struggles. The differences between the two companies is stark in telling areas.

Aecon stock hit a 12-year high on July 26 and is up 30 percent in the last year after releasing better-than-expected second-quarter earnings, while SNC’s stock hit a 14-year low earlier in that same week after a restructuring announcement. Aecon is showing how a capable management team can execute by understanding what it does best and not stretching itself too thin.

CEO Jean-Louis Servranckx would not wade into SNC-Lavalin’s missteps on Aecon’s earnings call but said Aecon is working on four projects with the Montreal-based firm. Aecon is not pursuing additional common projects at this stage with SNC-Lavalin, he added.

“It makes sense to get closer to Canada,” Servranckx said. “[We’re] having a look at the U.S. market and that’s it for the moment.”

Aecon is enjoying success with fixed-price contracts, which has been the bane of SNC-Lavalin’s business. In SNC’s restructuring, it announced that it would be exiting fixed-price (lump-sum turnkey) contracts, whereas 60 percent of Aecon’s upcoming business is just that.

“We are bidders,” Servranckx said, explaining why such contracts are working for Aecon. “Extremely focused on the [construction] execution. We have a very strong bidding discipline.”

“They have done a better job at focusing on construction risks and executing projects,” said Raymond James analyst Frederic Bastien. “Aecon is a contractor. That’s all they do and they focus on Canada only, so they know the market.” Bastien adds that Aecon is the largest employer of labour trades across the country.

That Aecon does not depend on subcontractors supports RBC analyst Derek Spronck’s growing confidence in the management’s ability to identify and manage contract risk.

By contrast, SNC-Lavalin takes on construction risk and outsources it to third parties—circumstances Bastien says is “almost the worst of both worlds.”

“I think the inherent challenge with SNC is they don’t do construction per se,” he added.

Aecon was once looking for a buyer under former leader John Beck with a stock price struggling to go north of $17 to $18.

Now, the Chinese takeover bid is water under the bridge for Aecon. The government nixed the takeover on national security grounds, but with hindsight being 20-20, it does appear that company management has relished its opportunity to remain in control of the company and deliver significant shareholder value.

Now, Spronck writes in a note, “Management is no longer pursuing a sale and the company is operating as a stand-alone entity.”

The stock surpassed $21 after the earnings were announced.

“Our view was always that the Chinese were getting a really, really good deal because the fundamentals were improving, everything was lining up in favour of Aecon,” said Bastien.

The construction and infrastructure industry in Canada is competitive given the presence of international players, but large transportation projects where Aecon is focused is one area that is attracting money.

“It’s become the place where people want to go work,” Bastien said. “What was lacking 10 years ago was probably the very strong level of bench strength, the level of strength at the management level, and I think that’s been largely addressed.”

Aecon’s project backlog reached $6.8 billion for the second quarter as the company benefits from an increase in new business. Total revenue was up 15 percent to $867 million, well ahead of the consensus estimate of $770 million.

In another contrast, Aecon’s stock is very widely held, unlike that of SNC-Lavalin. Its $1.2 billion market capitalization has its largest shareholder owning 4 percent and the top five shareholders owning 12 percent, while the Quebec government’s pension plan owns 20 percent of SNC-Lavalin stock.

The average rating on Aecon stock is a buy, according to 11 analysts surveyed by Reuters.