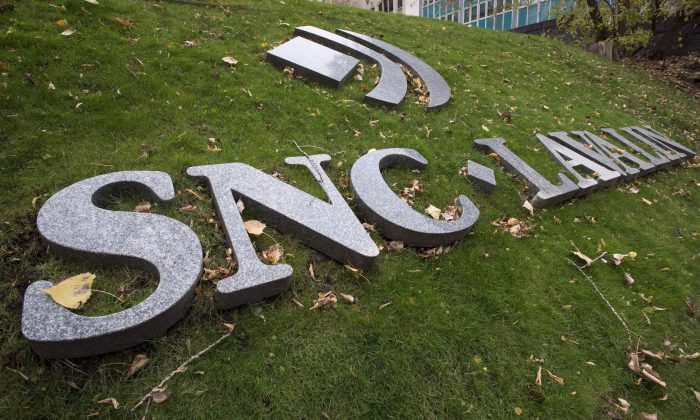 The front lawn of the headquarters of SNC Lavalin in Montreal in a file photo. The infrastructure and engineering firm announced a major restructuring on July 22, 2019. (The Canadian Press/Paul Chiasson)
Companies

SNC-Lavalin’s much-needed corporate restructuring announced on July 22 gets closer to a more profitable path; however, bigger changes are being held back due to conflicts of interest from government involvement. An additional cloud over the Montreal-headquartered infrastructure giant is a trial on corruption charges after a remediation agreement was not secured.

“It allows them to take on riskier investments that they would not otherwise take on because they know they are being backed by government,” he said.

“There’s a complete lack of confidence and trust in this company,” Taylor said in an interview with BNN Bloomberg.

But Lee says that conflicts of interest would arise—due to the government’s investment in the company.

“There are so many conflicts of interest when government has an investment,” he said. “Because they don’t want to be politically embarrassed at the end of the day, it messes up the strategic decision-making that’s necessary.”

He compares the government to a referee in a hockey game—there to be neutral and enforce the rules. “They [the government] should not be telling individual hockey players or coaches [executives] what play to play next. That’s cheating.”

Other companies in the industry that don’t have government investment can rightly feel aggrieved.

“The whole idea of the market economy is it’s supposed to be a level playing field,” Lee said.

SNC-Lavalin is trying to change its culture and may have to take measures that are politically unpopular.

“The current model within our industry is broken,” said Edwards in a company video. The business of lump-sum turnkey (LSTK) contracting—fixed-price contracts—will be stopped altogether, as it is the “root cause of all our issues.”

The company got a stern warning from the Caisse after seeing its investment fall by $1.1 billion (60 percent) in just over a year, according to the Journal de Montréal.

“The new strategic direction must be comprehensive and capable of reversing the current unacceptable trend of the business,” said the Caisse in a statement.

SNC-Lavalin intends to focus on the high-performing growth areas of the business—engineering services. Scotiabank analyst Mark Neville sees the majority of the value of the stock in this business line and said in a research note that it “is generating margin consistent with prior periods.”

Taylor agreed that exiting the fixed-price contract business was the right move, as this left the company vulnerable to cost overruns and putting leverage in the hands of the client. SNC-Lavalin announced a $1.9 billion write-down of its goodwill and intangible assets due to its decision to no longer bid on LSTK projects.

The July 22 statements from SNC-Lavalin elaborate on the considerable legal risk facing the firm. The 2019 outlook may need to be restated again depending on the outcome of legal proceedings, given that the company is currently assuming that the federal charges laid “will not have a significant adverse impact on the company’s business in 2019.”

But University of Ottawa law professor Jennifer Quaid says that while the complexity and scale of an SNC-Lavalin corruption trial would be unprecedented, the prosecution’s attitude suggests higher confidence in its evidence.

“If the prosecutors are going to trial, it’s because they feel they have a reasonable prospect of conviction,” Quaid said.

Given that former executives were aware of the bribes, that makes it easier for the prosecutors to convict, Quaid explains. Such people have the appropriate status to impute liability to the corporation, as opposed to lower-ranking employees who may not have had the intention or ability to engage in systemic corruption.

How markets react to a potential guilty verdict could have a greater impact than the actual criminal trial, Quaid said. The tolerance of shareholders and creditors will decide if SNC-Lavalin gets pushed into bankruptcy. A company’s insolvency does not limit the level of fines the courts could impose.

“The market is like the Serengeti in Africa,” Lee said. “Old animals get killed and eaten, part of the churn of capitalism.” SNC-Lavalin’s stock hit a 14-year low following the July 22 announcement.

Insolvency is not out of the realm of possibilities as a trial outcome, though the beleaguered company’s revamp is being lauded and providing hope that another embarrassing outcome for the government might be avoided.

Lee and Taylor are on the same page about firing everybody in the company’s executive suite. It’s time to clean house at SNC-Lavalin, they say.