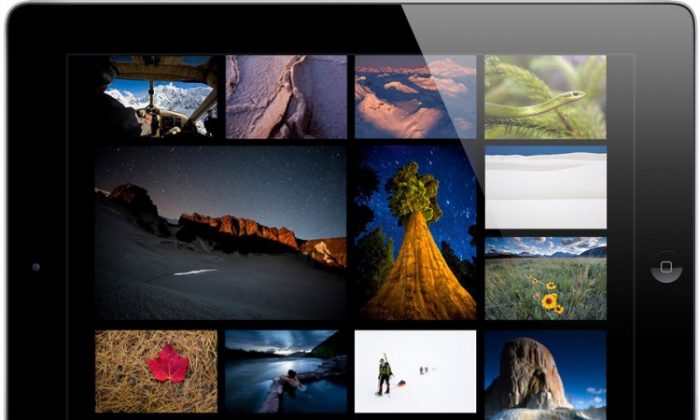 Adventure Behind the Scenes With Award-Winning Photographer

Conservation photographer Ian Shive has teamed up with Daily Interactive Networks, developers of the magazine app for National Geographic, to release an iPad app for touring his images.

Besides providing an abundance of stunning imagery, this innovative app takes users behind the scenes and reveals Ian’s creative thought process while at work.

When he started out as a photographer, Ian realized there’s “always more than the story that you’re seeing,” and this is what inspired his adventurous app.

One of the key elements is the Field Guide. As well as sharing ideas on topics such as “Capturing a Classic” or “Never Give Up,” Ian includes an interactive drag-and-drop element via which users can create their own lists of gear to take into the field.

Ian is proud of the Field Guide because it is “the first time that I sat down, in words, [and] articulated how my process worked,” he explained.

“It’s this whole universe that revolves around my photography.”

Another reason for the personal approach is Ian’s enthusiasm about sharing what he knows with others.

“I love sharing my knowledge with other people and seeing what they come back with,” said Ian, who also teaches photography at the University of Southern California.

“I know some photographers don’t feel that way,” he added. “They always want to keep their ‘secrets’ to themselves.”

“But I feel like you can have five people standing in exactly the same spot and you can get five very different photographs.”

The response from the community has been “awesome,” Ian said, adding that many people love this more informal and interactive style. One reviewer on iTunes commented, “The Field Guide makes this App priceless.”

Also included are “Seven Questions,” in which Ian answers the top questions that people have for him.

“I don’t hold anything back,” he said. “I’m very transparent as a photographer. I want to share as much as I can about my experiences.”

Ian and Daily Interactive Networks are looking into other platforms to present his work, and there is interest in the community in a future iPhone app.

Users also get exclusive updates on Ian’s photos, making the app an ongoing source of his fantastic images.

Ian is the author of the bestselling photography book “The National Parks: Our American Landscape,” and his photography has appeared in hundreds of magazines. In 2011, he was awarded the Ansel Adams Award for Conservation Photography by the Sierra Club.