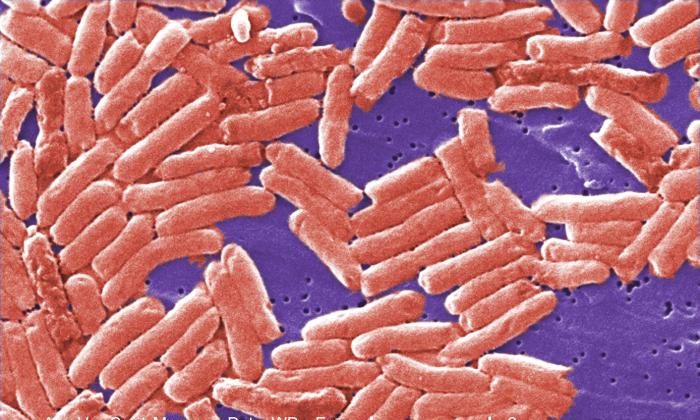 Abbott Baby Formula Being Recalled After 4 Infants Get Sick, One Possible Death

Health care company Abbott Nutrition has announced the recall of multiple baby powder formulas after reports of four infants getting sick through consumption. Certain EleCare, Similac, and Alimentum formulas, part of the recalled products, were manufactured in the company’s Sturgis plant in Michigan.

To identify a recalled product, customers can check the multi-digit number at the bottom of the product container. If it begins with any number between 22 and 37, and contains codes SH, Z2, or K8, it falls under the recall category, given the expiration date is April 1, 2022, or later. None of the products manufactured in other plants are affected by the recall.

“We know parents depend on us to provide them with the highest quality nutrition formulas,” Joe Manning, executive vice president of nutritional products at Abbott, said in a Feb. 17 press release. “We’re taking this action so parents know they can trust us to meet our high standards, as well as theirs. We deeply regret the concern and inconvenience this situation will cause parents, caregivers, and health care professionals.”

The company claims the “voluntary recall” is based on four consumer complaints about the presence of microbes, Salmonella newport and Cronobacter sakazakii, in infants who had consumed formulas made at the Sturgis plant.

After conducting a test at the plant, the company found the presence of Cronobacter sakazakii in non-product contact areas of the facility. However, the presence of Salmonella newport was not confirmed. The investigation is ongoing.

Abbott insisted that all finished products are tested for a variety of pathogens, including Cronobacter sakazakii and Salmonella newport, before being sent into the market. According to the company, the retained samples related to complaints about the two microbes had tested negative for the pathogen.

An individual infected with Cronobacter sakazakii can experience low energy, feeding troubles, fever, excessive crying, and other symptoms, while salmonella results in fever, cramps in the abdomen, diarrhea, etc.

The Food and Drug Administration (FDA) announced an investigation into the consumer complaints of pathogens in Abbott infant formulas. The agency, together with the U.S. Centers for Disease Control and Prevention, as well as other local and state partners, have advised Americans not to purchase infant formula manufactured in Abbott’s Sturgis plant.

The FDA revealed that the four infant illness complaints, which came from the states of Texas, Ohio, and Minnesota, involved babies getting hospitalized. One death may have occurred due to Cronobacter sakazakii. In its investigation at the company’s Sturgis plant, the FDA found the presence of Cronobacter sakazakii.

Frank Yiannas, FDA deputy commissioner for Food Policy and Response, said that the agency is “deeply concerned” about such bacterial infections since the product is used as “the sole source of nutrition” for many infants.

“We want to reassure the public that we’re working diligently with our partners to investigate complaints related to these products, which we recognize include infant formula produced at this facility, while we work to resolve this safety concern as quickly as possible,” Yiannas said in the report.

An Abbott spokesperson told The Epoch Times, “We value the trust parents place in us for high quality and safe nutrition and we’ll do whatever it takes to keep that trust and resolve this situation.”

This article has been updated with a response from Abbott.