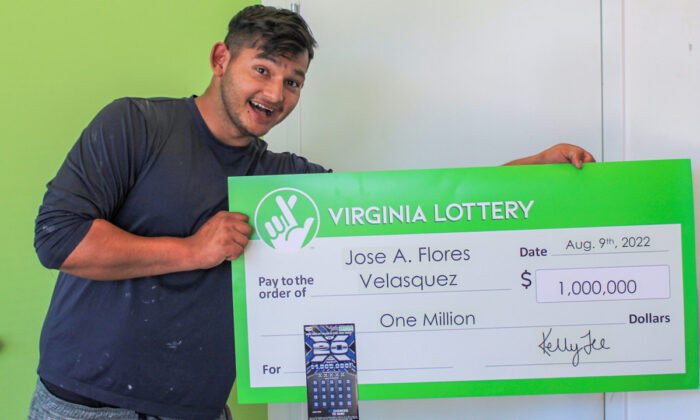 A man in Virginia won $1 million playing the “20X The Money” scratch off game last month.

At first, he thought he won just $600, but later, he discovered the amount was a bit more than that.

Jose Flores Velasquez of Annandale, Virginia, bought the ticket at a Safeway supermarket while picking up a pack of sodas.

When he brought the ticket to the Virginia Lottery’s customer service center, he learned that he was one of the game’s top winners.

Flores Velasquez chose to take the one-time cash option, which totaled $759,878 before taxes.

The store received a $10,000 bonus from the Virginia Lottery for selling the winning ticket.

According to the Virginia Lottery, there is still one more unclaimed top prize for the “20X The Money” instant scratch game.

“He had the choice of taking the full $1 million prize over 30 years or a one-time cash option of $759,878 before taxes. He chose the cash option,” lottery officials said.

Earlier this year, a man from Charlottesville won $132,000 by purchasing 264 winning lottery tickets during a two-month period. Each ticket won him $500.