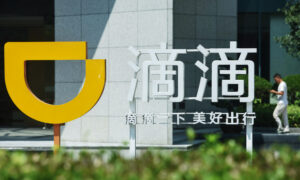 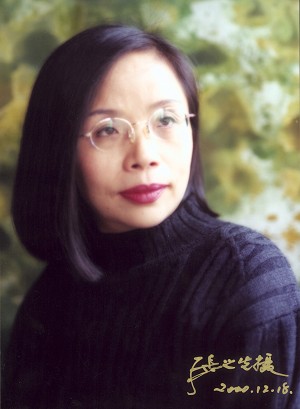 She's been called the conscience of China's reform. On Monday, November 14th renowned China expert, He Qianling, will be in Chicago at the Harold Washington Library presenting a lecture detailing the political and social environment in China, and how it impacts on foreign investment.

Ms. He's background has afforded her a unique perspective to articulate the phenomenon of modern China. She studied history at Hunan Normal University and economics at Fudan University in Shanghai. Later, she became a major media director in China.

During the last 80's and 90's, the Western world became mesmerized by the seemingly miraculous financial strides that China made after the Deng Xiaoping reform policies implemented in the late 70's. This has lead many US business leaders in the post Clinton-era to believe that investment in China could lead not only to more wealth, but to a democratic China as well.

But this was only one rosy side of the story.

Although completed in 1996, Ms. He's book, China's Pitfall (Also translated as China's Descent into Quagmire )–tracing the country's socio-economic problems following two decades of reform–was so controversial that it was passed up by at least 8 publishers before it was printed in Hong Kong a year later. Despite initial publisher resistance, the book took the country by storm, selling 3 million legal copies and many more pirated versions. Chinese people were hungry for the truth that Ms. He delivered in uncovering the wide-spread corruption in the PRC.

As word spread and translations were made, China's Pitfall gave the world a taste of the true situation in China. The New York Times, The Washington Post and The Wall Street Journal all offered reviews critiquing the impact of this book.

An article entitled “A Great Leap Backward?”–a combined effort between Liu Binyan, former high-ranking CCP reporter, and Perry Link, China Expert and professor of East Asian Studies at Princeton University–in the New York Review of Books described China's Pitfall as “the first systematic study of the social consequences of China's economic boom, [it] vindicates the skeptics so resoundingly as to force us to reconceive what 'reform' has meant.”

Binyan and Link go on to write:

He Qinglian shows how…a process that involves only transfer, not production, of wealth, is primarily responsible for the rapid rise in average personal income in Chinese cities. Even the newly produced wealth, she demonstrates, is the result not just of new economic energy and efficiency, but of two additional factors.

One is that China receives large foreign investment… The other is that China's state banks support state enterprises with emergency transfusions of funds (called 'loans,' but unrecoverable) that are drawn from the personal savings of ordinary citizens… Much of He Qinglian's book describes how the Chinese economy got to where it is today through what Deng called 'reform' and what He Qinglian calls 'the marketization of power.'

During the first decade of reform between 1979 and 1989, Party officials enriched themselves mainly through manipulating the public funds and supplies that were under their control.

China at the time had a two-track pricing system for raw materials and industrial commodities: a controlled price for state enterprises within the planned economy, and a much higher market price that applied to all 'non-state-owned' enterprises: private, joint-venture, and foreign companies, as well as the village industries.

In a process popularly called guandao ('official turnaround'), officials would arrange to procure raw materials or commodities at the fixed price and then 'turn around' to reap large illicit profits by selling on the private market.

A few years later, Ms. He composed another immediate success with an article entitled “Listing China's Social Structure,” in which she analyses the different class strata of Chinese society.

Together the working class, rural-urban migrants, and the peasantry comprise some 480 million people, about 69 per cent of the total work-force. Whatever the difficulties of their life, compared to the truly marginalized groups in Chinese society, they are at least employed.

Given that their relatively low educational level does not facilitate occupational mobility, to have work at all in a society undergoing rapid structural change is not such a very bad lot, for they could at any moment fall into the ranks of a social group that is much worse off…

It is estimated that the total 'off-post,' unemployed and pauperized rural population together make up some 100 million people, about 14 per cent of the total available workforce. In other words, about 80 per cent of the Chinese people live either at the bottom or on the margins of society. Such a distribution is bound to lead to social instability.

In her final paragraphs she warns, “China's bid to enter the WTO has focused the attention of Chinese people all over the world, leading to all kinds of predictions about its impact. Some very influential scholars have expressed an ultra-optimistic view, to the extent of claiming that, after entry, multinational companies will force China to accept the rules of their game and thereby help the country to stamp out corruption. Such a prognosis blindly ignores experience…What we can be sure of is that China's entry into the WTO will accelerate its rapid social polarization.”

This article proved to be even more scathing and revealing than her book had been, and this time the authorities took action. The CCP's propaganda department labeled the article a 'liberal document' guilty of 'inciting antagonism between different strata of Chinese society.' Later, Ms. He was put under domestic surveillance and lost her editorial position at the Shenzhen Legal Daily.