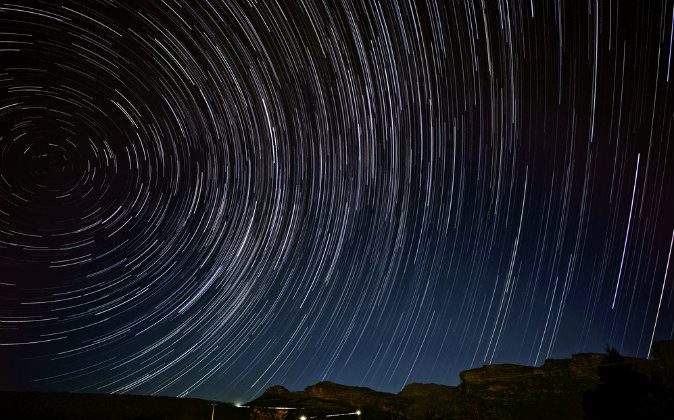 Star trails in South Africa. South Africa has launched the first of 64 antennas that will make up the MeerKAT radio telescope, the country's precursor to the Square Kilometre Array (SKA), planned to be the world's biggest radio telescope project. (Shutterstock*)
12- OBSOLETE

The first FabCafe in Spain opened on Thursday, allowing customers to print their own 3D models and watch lasers cut their designs while they sit down with a relaxing cup of café con leche. … (Read more)

Estonia: Estonia ‘May Be Next.’ It Was Also First

The more alarmist headlines say Estonia may be the next target for Russian aggression and land grabs. Sure, we’ve heard this before, and as a friend half-jokingly says, when you live in this part of the north, you keep a bag packed and a good pair of running shoes at the ready. But I have a question: along with being the next, wasn’t Estonia first – just last month? … (Read more)

In Germany each beer has its own designated drinking vessel. When you order suds at a pub, chances are they’re served in a glass tailored to the beer and the brand. DW taps into which beer goes in which glass and why. … (Read more)

Webtoon writer Yoon Tae-ho says he barely enjoys his work. But it is his everything.

“I never really got to do anything for pure enjoyment or for myself,” he said in an interview with The Korea Herald in his office in Seoul. “I’ve never played StarCraft. I’ve never played billiards. I don’t enjoy work, either. What I want to do is to do it well, do better.”

The 44-year-old is best known for his webtoon “Misaeng,” which means “an incomplete life.” … (Read more)

South Africa has launched the first of 64 antennas that will make up the MeerKAT radio telescope, the country’s precursor to the Square Kilometre Array (SKA), planned to be the world’s biggest radio telescope project. Countries as far away as Ghana, Kenya and Mauritius are also set to be drawn into the construction of the SKA to enable it look back millions of years in time. … (Read more)

The island – the hub for the 2012 APEC Summit – can turn into a hi-tech gateway to the Asia-Pacific region … It comes amid speculation that major state-run companies could relocate to the Russian Far East, a vast region identified recently by prime minister Dmitry Medvedev as ‘our national priority’. … (Read more)

France: French farmers protest by herding sheep to the Louvre

Tourists at the Louvre museum in Paris on Friday were caught up in a protest by farmers who herded a small flock of sheep into the building, where they raced beneath the building’s iconic glass pyramid. … (Read more)

*Image of star trails in South Africa via Shutterstock