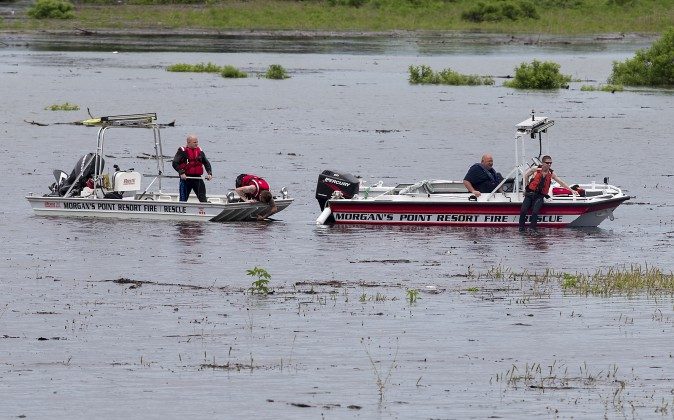 Fort Hood says several soldiers are dead and four are missing after an Army troop truck was washed from a low-water crossing and overturned in a rain-swollen creek at Fort Hood in Central Texas. A statement from the Texas Army post says the accident happened about 11:30 a.m. Thursday in an area near Cold Springs and Owl Creek. (Michael Miller/The Temple Daily Telegram via AP)
Crime and Incidents

Five soldiers have been found and confirmed deceased after their military vehicle was overturned during a training exercise at Fort Hood in Texas—four of their comrades are still missing.

Just before noon on June 2, a light-medium Tactical Vehicle had become stuck and overturned during a low-water crossing exercise. Due to heavy rains and a flash flood, the vehicle overturned, spilling the 12 soldiers aboard into the 20-mile Owl Creek.

The creek winds through heavily wooded terrain, and is located near the northern point of the 340 square mile Fort Hood base.

Fort Hood emergency officials immediately began their search, locating six soldiers just downstream from the vehicle—three of whom were deceased. The living three were transported to a nearby hospital and listed under stable condition.

“The 1st Cavalry Division is grieving after a training accident at Fort Hood during flash flooding this morning. We are deeply saddened by the loss of several Troopers and continue search operations. Your thoughts and prayers are greatly appreciated during this difficult time as we care for the Families, loved ones, and fellow Soldiers of those impacted by this tragedy. God Bless the First Team.”

Fort Hood officials, with the help of  local and state agencies who are providing aircraft, canines, ground equipment, watercraft, and additional search personnel, are continuing their search efforts to locate the remaining four soldiers.

Names of the deceased will be released 24 hours after all next of kin have been notified.